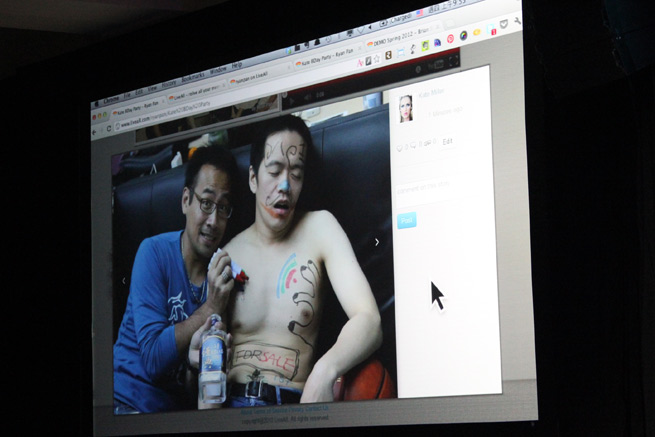 On the social web, memories take the form of check-ins, photos, videos and comments. But, because it’s the social world, your memories get fragmented across different profiles. LiveAll wants to save you the ginkgo biloba and bring them all together.

“Liveall is just another way of saying, ‘Don’t miss a thing,'” said co-founder Brian Shen at the DEMO Conference in Santa Clara, Calif.

Years ago you could ask a friend to print “doubles” and put that extra photo in an album. Today many images are lost in the digital soup that is Flickr, Picasa, Facebook, Google+, Instagram, Twitter. And while Facebook does act as a good spot for organizing your photos, videos, and conversations about an event in your life, it doesn’t actually aggregate them. LiveAll, which is both a website as well as an iOS application, allows you bring all of those digital memories to one place. 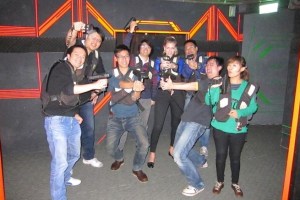 You sign up for LiveAll using Facebook Connect. From there you can invite others to dump any digital memories into that event account. LiveAll will then organize it into an online-magazine type format, with pictures pieced together in a Pinterest-like fashion. LiveAll says the product is best for events such as birthdays, weddings, baby showers, and other milestone events. You can control privacy on the service with two settings: share publicly or only share with those invited.

“I don’t think they’ve taken advantage of the phone in some unique amazing way yet,” said chief executive of Color Bill Nguyen at the DEMO sage panel following LiveAll’s presentation.

“We were investors in Instagram for about four days, and I think mobile social networks are going to be important. Native social networks,” said John Lilly, partner at Greylock Partners. “It’s a brutal private space.”

You could argue that this is just another social network to add to the digital soup, but for the individual throwing the event, it might actually be useful. LiveAll was founded in 2011 and has already taken on $800,000 from Trend Micro. The company currently has seven employees and has offices in both Taipei, Taiwan and New York. 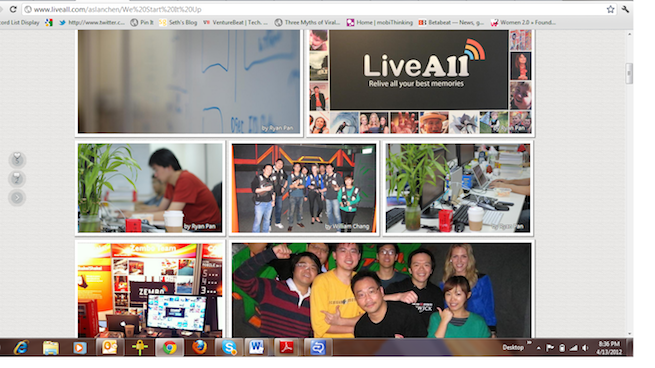 LiveAll is one of 80 companies chosen by VentureBeat to launch at the DEMO Spring 2012 event taking place this week in Silicon Valley. After we make our selections, the chosen companies pay a fee to present. Our coverage of them remains objective.