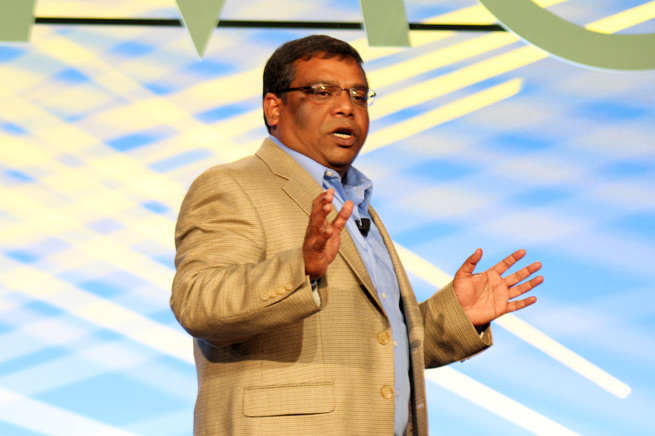 NetworkClean, a new tool that scans your Facebook profile and flags anything it finds that could damage your reputation, thinks I should tone it down with the booze talk, aggressive and offensive lingo, and naughty adult-content on my Facebook profile. I admit, I was a bit surprised at the findings, but not so much that I had to put down my glass of pinot.

The free new reputation-monitoring service, launching at the DEMO Spring 2012 conference in Santa Clara, Calif. today, is like a watchful, literal adult protecting you from yourself. It is aimed at individuals worried about their online reputations, as well as companies that want to protect their brands. You log in with your Facebook information and NetworkClean does a full scan of your profile. After the initial check, the tool monitors your profile or page constantly, and can send you an alert as soon as it spots some potentially damaging content.

The main NetworkClean page is a dashboard with widgets for trends, flagged content, and custom alerts. There is a box showing you who your favorite friends are (my husband is No. 9, oops!), a pie chart that breaks down horrible things you’ve said into an enjoyable graphic, and a list of Facebook security and privacy concerns with links to fix them.

I took NetworkClean for a little test drive to see if it found anything worrisome in my profile. My overall tone is “partly positive” and, as with all humans on the Internet, cats and birthdays are popular topics for me. My profile had 89 alerts for flagged content, helpfully divided into categories such as Profanity/Derogatory, Adult Content, Alcohol/Drug, Aggressive, and the mysterious Slang. 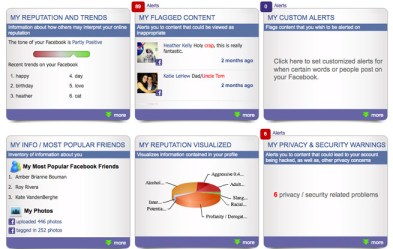 Some of my more g-rated flagged words included beer, dumb, crap, attack, hell, wine, stupid, poo, poop, gun, chubby, rumor, and Uncle Tom (referring to an actual uncle, named Tom). One post had the triple threat of stressed, suicide, and banging, however I was just talking about adorable tarsirs, which have been known to off themselves in times of stress by banging their heads on something hard.

The service is easy to use and, perhaps accidentally, a very entertaining diversion. There are similar reputation monitoring services, such as Radian6 and BuddyMedia for companies, and Reputation.com for individuals, but NetworkClean claims its service is more real-time and individual-friendly.

At launch, the Culver City, Calif.-based NetworkClean only supports Facebook, but the company hopes to add support for other social networks such as Twitter and LinkedIn in the future.

“If you’re going to get on Facebook and other social networks, you’re just going to have to deal with it,” said Harshul Sanghi, a managing partner at American Express Ventures, on an investor panel after NetworkClean’s demonstration. He seemed skeptical of the need for a reputation-monitoring service. “The cat’s out of the bag, so just deal with it.”

Christine Herron, a director at Intel Capital, was more intrigued by the business possibilities. However, she said, “They’re going to need to make a call between, is it a consumer product or is it a brand product?”

The bootstrapped company was founded by Kishore Mamillapalli (pictured above) and Doug Haustein after the duo heard stories about people losing their jobs, getting bullied online, or not getting admitted to college because of poor social networking choices. I did some searching to see if I could find anything scandalous about two, but of course, their online reputations appear to be spotless.

NetworkClean is one of 80 companies chosen by VentureBeat to launch at the DEMO Spring 2012 event taking place this week in Silicon Valley. After we make our selections, the chosen companies pay a fee to present. Our coverage of them remains objective.