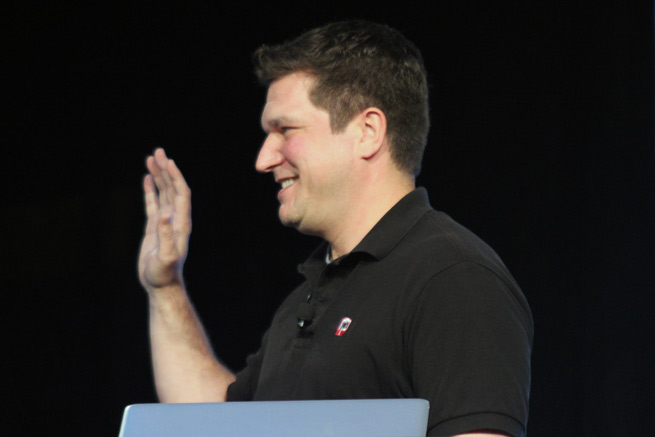 Eager amateur photographers with the desire to practice their craft should take notice of new startup Rawporter.

“We are creating an army of cameras, on location, on demand,” said co-founder Rob Gaige at the DEMO Conference in Santa Clara, Calif., “You can earn a little extra cash just from being in the right place at the right time.”

Rawporter is a free camera app for both iOS and Android smartphones that helps photographers earn money by selling their photos and videos. The app sends you location-based assignments from media partners and bloggers who will pay you for getting a pretty visual to compliment whatever piece they might be working on.

Outside of people who enjoy taking pictures, the app will likely get some interest from traditional media because of the low-cost, high quality photos, Rawporter told VentureBeat.

“It’s no secret that the AP and Getty Images are way outside the price range of the average blogger. So, if that blogger wanted to add photos or video to a story they were doing, they’d need to source that themselves…or hope they could find something off YouTube that fit their needs,” said Rawporter co-founder and CEO Kevin Davis.

Rawporter faces competition from big players such as CNN’s iReport and AP-partner Bambuser. What sets the startup apart, however, is fairly compensating and crediting the people who send publications videos and photos, as well as sending specific assignments out based on location so the photogs don’t have to guess what the news organizations are looking for.

“I think that’s a space with Getty Images…that’s right for disruption. I don’t know if they’re really got it figures out,” said SugarCRM chief executive Larry Augustin during the DEMO sage panel following Rawporter’s presentation.

Founded in 2010, the startup’s four employees split their time between Charlotte (N.C.), New York City, and Vancouver. Rawporter is currently in bootstrap-mode and hasn’t raised any significant funding. The startup launched a beta of its service in November that gained a decent amount of traction — thousands of videos from users across 40 different countries, according to the founders.

Check out a screenshot of the Rawporter assignment page below. (Click to enlarge) Rawporter is one of 80 companies chosen by VentureBeat to launch at the DEMO Spring 2012 event taking place this week in Silicon Valley. After we make our selections, the chosen companies pay a fee to present. Our coverage of them remains objective.