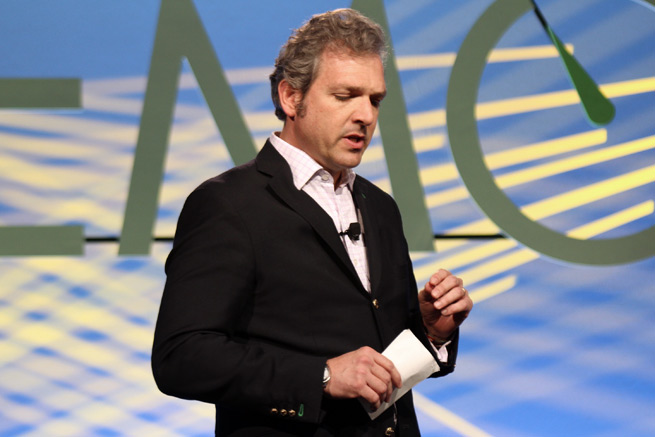 Figuring out what events you want to attend has only gotten more complex in the age of social media, something new startup Sched.it is keenly aware of.

Describing itself as “Twitter for events,” Sched.it offers an event discovery service that goes beyond a simple calendar listing. Users are presented with a stream of event activity that’s based on overall popularity and their social circle. The basic idea is that you’ll be able to more easily see the hottest events in the area, as well as which of your friends are attending.  You can follow specific venues that you like, such as a nightclub or a performance hall. And as you’ve probably guessed by the company’s name, Sched.it helps you keep track of the events that you do plan on attending.

However, the feed of activity is what sets it apart from other, more notable event services like Facebook, Google Places, and Yelp.

Ultimately, Sched.it wants to improve the social lives of people when they actually get off the computer, according to founder and CEO Omar Tellez, who says the service is all about “connecting you with the right people, right places at the right time.”

“I would like to think that we are shifting the paradigm of the event discovery process,” Tellez said onstage at DEMO Spring 2012 today.

The service, which launched in February, is currently only available in Boston — an ideal area for what Sched.it is trying to accomplish.

“We live in between two of the most event active cities in the world (NYC and Philly). Figuring out what’s going on in these cities is a complicated task,” Tellez told VentureBeat earlier.

It has been incorporated into Boston.com, the New York Times-owned website of the Boston Globe. Since the launch 8 weeks ago, Sched.it has delivered information on over 6,000 events and has processed 4,000 transactions, Tellez said. (Transactions include scheduling an event, favoriting an event, or buying tickets for an event). The company said its bringing in about half a million monthly impressions.

“It looks like a very complex flow,” said Jeff Clavier, a managing director at SoftTech VC, who spoke on a panel after Sched.it’s presentation. “I think it’s interesting, but there’s a lot of work to do on the product side.”

Founded in 2011, the startup has four employees based in Princeton, NJ. Sched.it has raised a total of $500,000 to date from a handful of angel investors, including Dennis Phelps, John Hanke, Jonathan Harris, Ashim Mehra, and Ed Ruben.

Sched.it is one of 80 companies chosen by VentureBeat to launch at the DEMO Spring 2012 event taking place this week in Silicon Valley. After we make our selections, the chosen companies pay a fee to present. Our coverage of them remains objective.