The popularity of open-ended 3D worlds peaked with Second Life around 2007. But for e-commerce companies, the dream of virtually replicating the experience of going to a mall lives on.

Yogurtistan is a 3D world aimed at simulating real-world retail environments for e-commerce companies on Facebook. With this technology, retailers can create 3D environments where customers can make custom avatars, try on virtual clothing, interact with one another online, and make purchases.

It’s built on Adobe’s Flash player version 11.2, and is accessible to users on Windows PCs, Macs, and tablets (via an Air 3.2 app). It’s also integrated into Facebook.

“We are creating a new experience by mimicking real-life engagement by going from store to store without changing a tab, or entering the web site address of the store,” said Yogurt AS chief executive Cemil Turun (pictured below), in a press release. “This is one centralized system. I can run into a promotion, a friend, or simply begin to chat with a stranger in the street, all of which is accessible on any browser or even an iPad.” 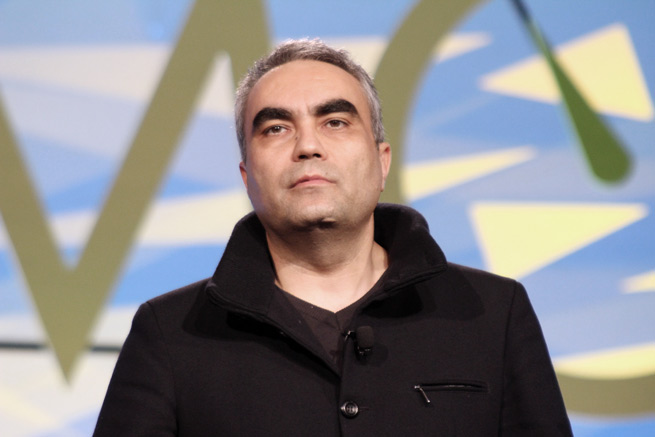 Currently, Yogurtistan is a small, retail-focused universe with just one plaza. On that plaza are several stores, including Migros, which is Turkey’s largest supermarket chain, and Quiksilver, a global clothing brand for surf, snow, and skate enthusiasts. Other Turkish and international brands building presences in Yogurtistan include TheFirstClub (an online games, books and music site, based in London), BiggShop, Aral, Oxxo, iddaa (online betting) , Tefal (a French kitchenware brand), Swissotel, Yummy Cupcakes, Magic Form, Fenerium, Intema, and Babylon Jazz Club.

To set up shop in the universe, retailers first need to create a storefront, using industry-standard 3D editing tools, such as 3D Max, Softimage XSI, AutoCad, or Maya. Yogurt AS provides guidance about how many polygons the files should use and the kinds of texture files needed. Once the retailer delivers a 3D file to Yogurt AS, the company converts it and annexes it to Yogurtistan, then delivers an Adobe Flash file (.SWF) that the retailer can embed in a website or Facebook page.

There’s no upfront fee for the service, but Yogurt AS charges a percentage of the transactions made in Yogurtistan. The amount varies, but currently runs about 10-to-15 percent for apparel retailers. Yogurt also provides CRM tools for engaging customers.

As a bonus, real-world apparel brands can cash in on the craze for virtual goods, because they can sell virtual clothing for customers avatars within Yogurtistan.

An additional attraction, Cemil said, is that “It is very cool to have a virtual 3D store.”

Cemil started out as a programmer and 3D animator in the 1990s, then founded Yogurt technologies in 1997, providing corporate customers with 3D development as well as making games. In 2007, he pulled together a team of former colleagues to build an open-source 3D engine, which now forms the basis of Yogurtistan.

Yogurtistan is currently in private beta.

The parent company, Yogurt AS, is based in Instanbul, Turkey. It has 20 employees and has raised a total of $3.8 million in funding to date, led by Golden Horn Ventures.

“Ecommerce in Turkey is really taking off,” said Menlo Ventures managing partner Shervin Pishevar said in the judging panel following the startup’s DEMO presentation. I can see it being popular there and… expanding to other markets, but I’m not sure U.S. consumers will shop in that way — yet.”

Yogurt AS is one of 80 companies chosen by VentureBeat to launch at the DEMO Spring 2012 event taking place this week in Silicon Valley. After we make our selections, the chosen companies pay a fee to present. Our coverage of them remains objective.