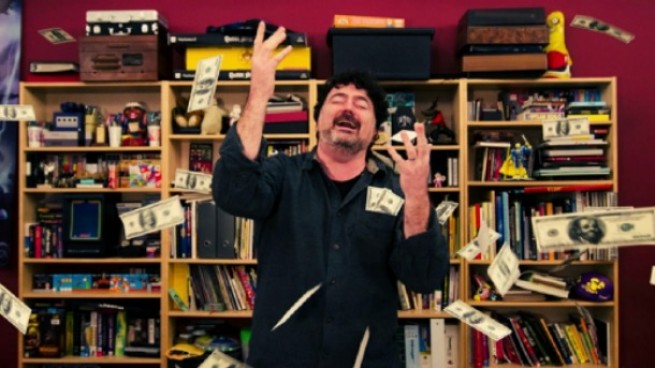 We’ve been reporting on a lot of very cool tech and gaming projects that have found huge success on the New York-based crowdfunding platform Kickstarter this year. The site, which never had a million dollar project before 2012, keeps breaking its own records, with the Pebble smartwatch, which has now raised more than $5 million, leading the pack.

But tech projects represent just one portion of Kickstarter’s funding base. Back in February Kickstarter co-founder Yancey Strickler said the company was on pace to distribute more funding than the $146 million given out each year by the National Endowment for the Arts. 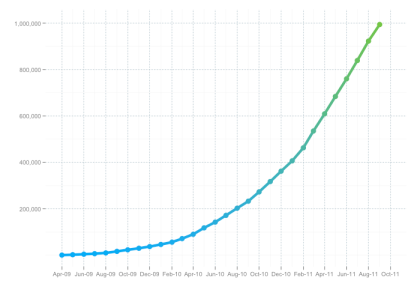 I decided to take a look at all the successful projects funded since the beginning of 2012 to get a sense of  how the startup was growing.

Based on that data, Kickstarter is on pace to raise around $300 million this year, triple what it did in 2011.

For a young startup, that means serious revenue for Kickstarter, which takes 5 percent of all successfully funded projects.

The stats aren’t actually so shocking when you go back and look at Kickstarter’s growth curve from 2011. Here is a chart the company shared when it hit 1 million backers.

While gaming and tech projects have represented the majority of the company’s multi-million dollar projects, they are not the majority of funding on the platform. As Strickler wrote in a blog post, the funding breakdown for all projects is roughly:

If big name professional filmmakers and musicians take to the platform this year in the same way that game designers have, Kickstarter funding is likely to grow even faster.