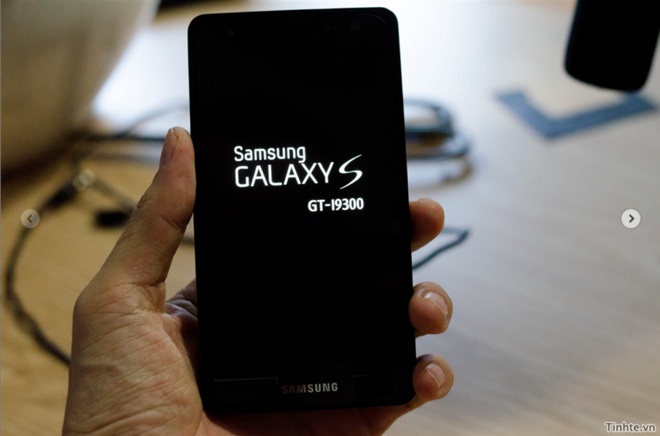 We’re only a few weeks away from Samsung’s May 3 press event, where it’s expected to unveil the long-awaited Galaxy S III. Not surprisingly, we’re seeing tons of rumors and leaks surrounding the device, which we’ve mostly avoided reporting because they all rang false.

But leave it up to the Vietnamese website Tinhte, which is known for revealing high-profile devices early, to dig up the most compelling Galaxy S III news yet. The site posted video and photos of a new phone, the Samsung GT-i9300, which could be an early prototype for the Galaxy S III. Notably, Tinhte’s post has been removed, which makes us think Samsung was worried about the information getting out.

As the video below makes clear, the outer case of the device seems completely separate from the internals. It’s likely a move by Samsung to keep the design of the Galaxy S III secret for situations such as this. According to specification screens, the device is running a dual-core 1.4 gigahertz processor and 1 gigabyte of RAM. It has a 4.6-inch screen with a reported 1184 by 720 resolution (it’s actually 1280 by 720, but Android doesn’t count the on-screen navigation buttons).

Notably the device’s battery is a massive 2,050 mAh (significantly higher than the 1650 mAh battery in the Galaxy S II), and it is also NFC-enabled. The phone also sports an 8-megapixel camera.