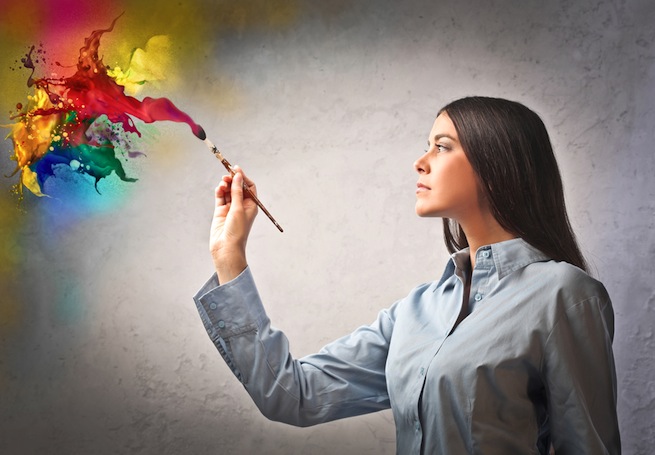 Whether you’re able to be creative or not has little to do with how old you are or whether you’re female or male, but it might depend heavily on where you live, how your boss treats you, and how you were educated.

According to a mammoth survey conducted by Adobe (and strategically released at that company’s CS6 launch event), there are significant gaps in creativity, but those gaps might not be where you expect to find them.

The study reveals some interesting statistics. Around 80 percent of respondents said they thought creativity is “critical to economic growth.” More than 60 percent of them also said creativity is important to society.

However, just 25 percent of respondents said they are currently living up to their creative potential.

What enables those lucky 25 percent to live up to their potential and be creative? For the 5,000 adults around the world in Adobe’s survey, age and gender have almost nothing to do with it. Rather, it all comes down to environmental factors: location, education, and work.

Japan and the U.S. are the first- and second-most creative countries, respectively, among a global audience. While Japanese in the survey didn’t see themselves as particularly creative, they earned high marks from their peers in other countries.

Americans, on the other hand, said they felt highly creative, but the country was ranked second-best globally.

Our biggest barrier to creativity might be at work. In the survey, 75 percent of respondents said they have been experiencing more and more pressure from superiors to be productive rather than creative in the workplace, even though their jobs require at least some measure of creativity. This kind of bottom line-focused emphasis on producing rather than creating leads to — no surprise — less creativity at work. Respondents said they spend around 25 percent of their workday being creative, mostly due to lack of time.

Another major factor in creativity is education: not whether you had a “good” or “expensive” or “public” education, but whether you were encouraged to develop your creativity starting at an early age and continuing throughout your school years.

Around the globe, more than half of Adobe’s respondents said creativity is being stamped out rather than nourished by the education system.

“One of the myths of creativity is that very few people are really creative,” said education and creativity specialist Sir Ken Robinson, Ph.D., in a release around the survey.

“The truth is that everyone has great capacities but not everyone develops them. One of the problems is that too often our educational systems don’t enable students to develop their natural creative powers. Instead, they promote uniformity and standardization. The result is that we’re draining people of their creative possibilities and, as this study reveals, producing a workforce that’s conditioned to prioritize conformity over creativity.”

Of course, an emphasis on tools for creativity is what you’d expect from a company like Adobe. Nevertheless, having access to these kinds of tools can, in fact, make all the difference to a budding artist, designer, or filmmaker. Kinda makes you wish, at least for those young/broke creatives’ sakes, that Adobe products were less prohibitively expensive, doesn’t it?

The Adobe State of Create survey was conducted by research firm StrategyOne among a group of 5,000 adults, 1,000 each in the United States, United Kingdom, Germany, France, and Japan. The firm conducted the survey between March 30 to April 9, 2012. 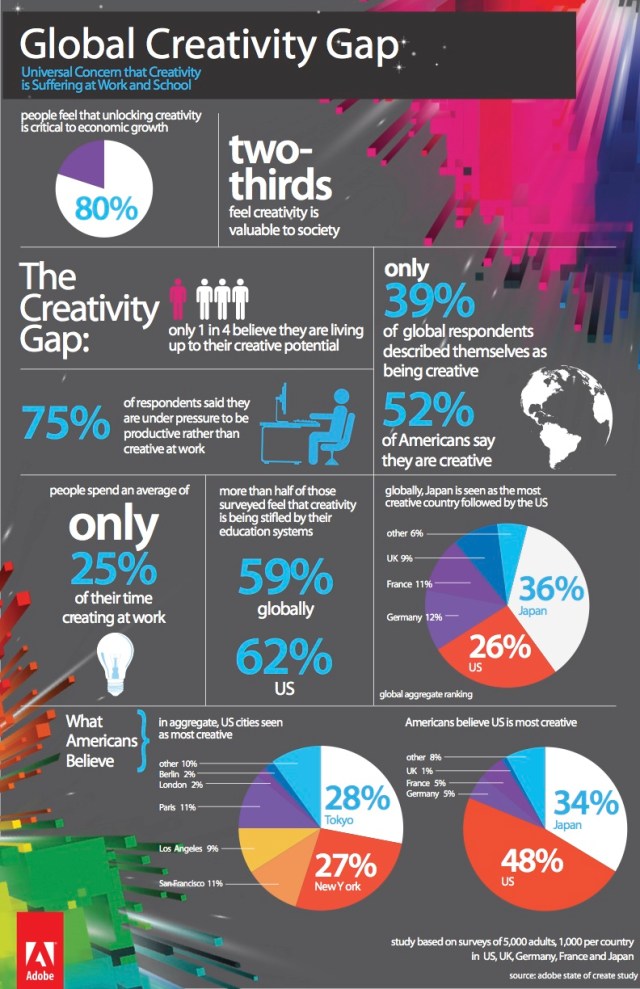