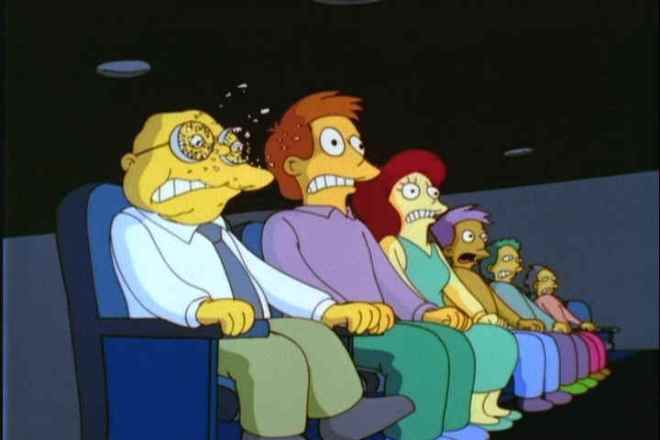 Now that digital and 3D movie projection is off to a strong start, it’s time to upgrade other aspects of our theater-going experience. Dolby today announced its next-generation theater audio system, dubbed Atmos, which sounds like it will blow away (literally) past surround sound systems.

True to its name, Atmos seems to be Dolby’s attempt to create something along the lines of “3D audio,” or a sound field that sounds completely true to life. Atmos supports up to 64 speakers — a huge jump from the 7 speakers (plus subwoofer) of 7.1 surround sound — including some directly on the theater’s ceiling. You’ll actually be able to hear a bird chirping overhead, Bloomberg reports.

For mixers and sound designers, Atmos will allow for “dynamic audio object-based mixing,” which means they’ll be able to map objects across the entire soundfield, instead of just figuring out how to mix sounds by individual speakers. The system will also simplify movie distribution and screening for studios and distributors, since Atmos will optimize playback for any setup. Studios will no longer need to ship copies of films with specific audio tracks.

While Atmos is a big step up in audio quality, it’ll also be a big expense for theaters, with a setup cost of up to $10,000 per screen according to Bloomberg. Many theaters have already spent a bundle in recent years to upgrade to digital 3D projection, while independent cinemas are still struggling to pay for the move to digital. Many theaters still haven’t upgraded to Dolby’s 7.1 surround sound system either, so it’ll be tough to convince them to move up to Atmos.

Dolby says it will target theaters that charge higher fees for improved screens and audio quality. The company targets 500 to 1,000 screens in the U.S., Europe, China, and Japan by the end of 2013. The first Atmos-mixed film will debut this Summer, but Dolby isn’t revealing the title yet.