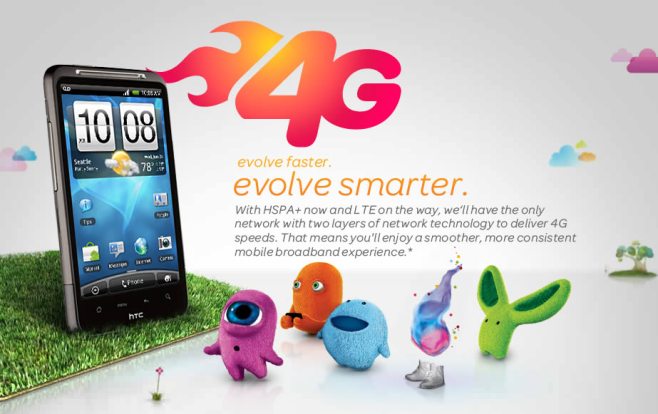 AT&T made a huge recovery in the first quarter from its last earnings report, where it reported a $6.7 billion net loss (mainly due to fees associated with the T-Mobile merger breakup). The company today reported revenues of $31.8 million, up 1.8 percent from last year, with profit of $3.58 billion, thanks mostly to a 41.6 percent increase in wireless margins.

Notably, the company solder fewer iPhones than last quarter — 4.3 million versus 7.6 million — which actually seemed to help wireless profits since it didn’t have to shell out expensive subsidies. (The iPhone 4S launched during the  last quarter, which also included a bump from holiday sales.) AT&T sold 1 million more iPhones than Verizon reported for the quarter, an its iPhone sales accounted for 78 percent of the 5.5 million smartphones. Wireless data revenue increased by more than $1 billion compared to last year, with 19.9 percent growth.

The company reported a net increase of 726,000 wireless subscribers, reaching a total of 103.9 million. Unfortunately, only 187,000 of those were postpaid wireless customers — well below Verizon’s 501,000 postpaid additions. AT&T also reported record “branded computing” sales (tablets, tethering plans, and the like) of 460,000, for a total of 5.8 million subscribers (up nearly 70 percent from last year).

As far as wireline service goes, AT&T reports that it now has 6 million U-Verse subscribers (which includes TV and Internet service), and 4 million U-Verse TV subscribers. Wireline revenues were $14.9 billion, down 0.8 percent compared to last year. 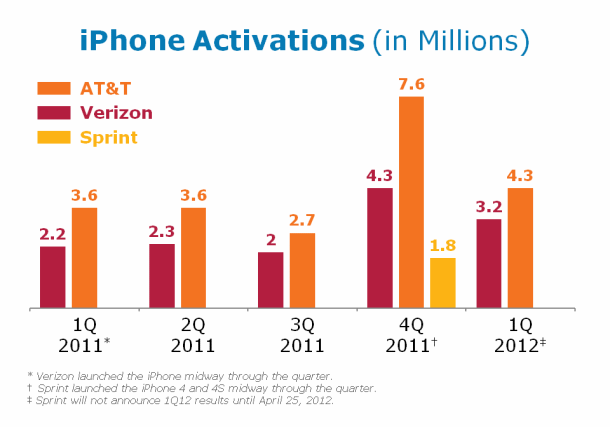