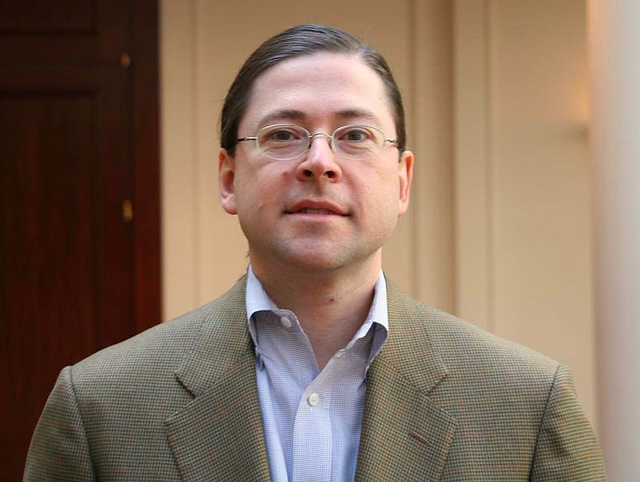 A blog post written by former Sun CEO Jonathan Schwartz (pictured) has come into play in a tense courtroom this morning.

In Oracle’s ongoing lawsuit against Google, Judge William Alsup has allowed Google to use as evidence a particularly telling post from 2007 — a post that Oracle had already carefully scrubbed off the Internet and tried to exclude from the trial.

Oracle is suing Google over Android, claiming that Google had no right or permission to use the Oracle/Sun-owned Java programming language in the Google-owned Android operating system.

However, as Android was launching many years ago, Schwartz (who led Sun before it was acquired by Oracle in 2010), wrote an extremely positive blog post about Java’s use in Android.

The post, which you can only read now via the Internet Archive, reads in part:

We’ve obviously done a ton of work to support developers on all Java based platforms, and were pleased to add Google’s Android to the list…

Needless to say, Google and the Open Handset Alliance just strapped another set of rockets to the community’s momentum – and to the vision defining opportunity across our (and other) planets.

Today is an incredible day for the open source community, and a massive endorsement of two of the industry’s most prolific free software communities, Java and Linux.

Yesterday, Android founder Andy Rubin admitted that in 2006, he thought key Java APIs were copyrighted and subject to permission from Sun. However, a later and very public congratulatory post from Sun’s CEO would give Google some important ammunition in this trial.

Oracle’s attorneys objected to the post’s being admitted as evidence in the case. But this morning, Alsup said the post was important to the trial.

“It seems to be part of a pattern of acquiescence or tolerance of what Google was doing,” Alsup said. “It was only [two] years later that Oracle acquired the company and things changed.”

Alsup continued to say that although Oracle now accuses Google of patent and copyright violations, “At this time, Sun seemed to be enthusiastic about what Google was doing… It may be that no particular [Google] witness can recall reading this and that they relied on it, [but] I think that ought to come into evidence.”

In fact, Alsup said, “If Sun itself thought that Android was going to strap some rockets [to Java]… then how can Oracle can say its been damage? There ought to be a counterclaim for unjust enrichment,” a quip that brought a ripple of laughter to the courtroom.

“I can see this being a legitimate item of evidence,” Alsup concluded. “This is fair game. The motion to exclude is overruled.”