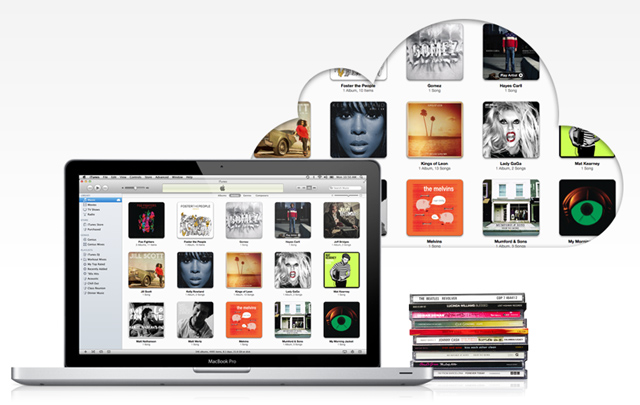 Apple’s iCloud service has 125 million users, the company announced today on its second-quarter earnings call. That number is up from the 100 million users Tim Cook said the service had on February 14 during a Goldman Sachs call.

The number shows growth in new users for the service, but when asked about storage sales, Apple sounded less optimistic, hedging without giving exact numbers. Peter Oppenheimer said “pick up on storage is occurring” and dropped back on the 125 million new users statistic.

“Our real desire here was not about selling more storage,” said Oppenheimer. “We just really wanted to increase the customer delight with the whole ecosystem and platform.”

That’s right, Apple isn’t in iCloud for the money. It just wants you to be happy and keep buying computers, iOS devices, and media from the iTunes store.

Signing up for the iCloud service is free for the first five gigabytes of storage. That space can be used to store music, movies, apps, books, and photos, which can then be accessed from any of your Apple devices. If you hit that 5GB cap, you will need to upgrade to a paid iCloud plan. Ten additional gigabytes cost $20 a year, 20GB cost $40 a year, and 50GB cost $100 a year.

The service has only been out for a little over five months, and Cook says customer satisfaction is “off the charts, they’re loving it.”

The bump from free to paid users may just be a matter of time, as people slowly move more of their documents and media to the cloud service. Consumer cloud storage is a crowded field, and Apple is going up against existing powerhouses such as Dropbox, and will face another huge challenger in Google’s Drive service, which launched today.