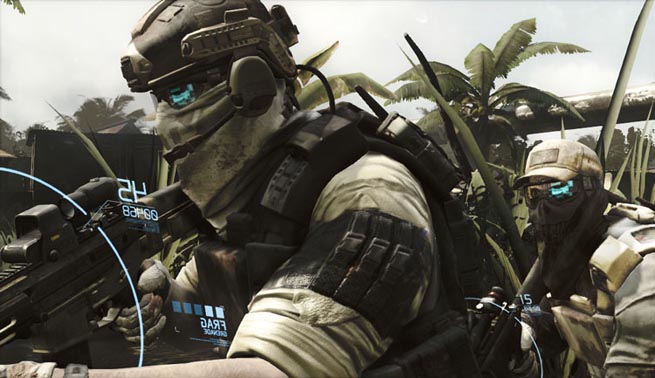 The beta test version of Ubisoft’s Ghost Recon: Future Soldier dropped late last week. Offering a taste of what’s coming up in the full edition’s multiplayer mode about a month from now, it has two basic maps and three different character classes (the Scout, the Rifleman, and the Engineer) who each provide gamers of different skill levels with complimentary play styles.

Are you good at games like these? Try the Scout. The Scout is for people who live and breathe shooters, know every corner of every level, and deal out headshots as easy as handshakes. Scouts carry sniper rifles or suppressed SMGs and come equipped with optical Predator camouflage, so they fade into the background while holding still. A good Scout knows every hiding place and sniping lane — the better to take out targets that’ll never know what hit them.

Are you not bad at games like these? Try the Rifleman. Riflemen pack assault rifles and light machineguns, which grant them the benefit of long range and huge ammo capacities. They also wear heavy armor, giving them a couple more chances to duck behind something before they die. Riflemen are good at teaming up with each other, finding cover, flanking the bad guys, and putting out some concentrated firepower.

Finally, are you not very good at these games? Do other players always sneak up on you? Is your aim not that great? Are you lost trying to figure out which side of the wall to hide behind? The Engineer may be for you. 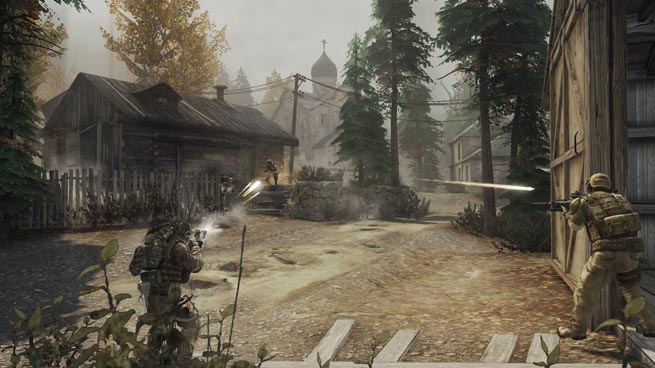 Explaining “why” gets to the core of what makes Future Soldier a different kind of shooter. This is not Counter-Strike; although, I see some Counter-Strike in it. First-person shooter die-hards will be good at it and have their fun with it — the game naturally has a place for players who have superhuman awareness and perfect aim. It’s just that Future Soldiers also has a place for players who don’t.

Intelligence is a powerful weapon in Future Soldier, and intelligence is what the Engineer is about. Just as in the earlier Ghost Recon games, camouflage works here. It’s often hard to pick out opposing players, especially from a distance. If you can see an enemy, the odds are at least 50-50 that you are about to die.

Unless, that is, you have intelligence on them. The notion is that the Ghost team (and their Russian opposite, the Bodark unit) is geared up with a tactical data network and augmented-reality goggles. In other words, they have what amounts to a video-game heads-up display, and they share information about objectives and enemy positions with each other. If one member of the squad picks out the location of a bad guy, the rest of the team will see him as a big, bright, red-outlined target.

That’s what the Engineer does. The Engineer has “sensor grenades,” which detect the location of nearby enemies for a time, and a stationary camera that does the same in a limited space. He can also unlock a little UAV drone, a remote-control flying machine that zips around painting every target it can see. Engineers make lousy lone wolves, but they’re perfect if you’d like to back away and play the sidekick. 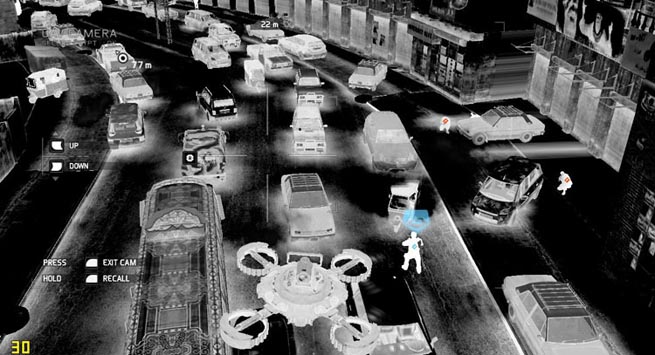 The UAVs provide a real sense of fun to setting them up as the Riflemen and Scouts knock them down. Hiding in some corner and buzzing a toy helicopter around the map may not sound all that great on paper; it is true. You need to see the game from that bird’s-eye view and watch your teammates flanking targets thanks to the intel you’re feeding them. Then the appeal starts to sink in.

It helps that the sidekick role is immensely profitable in the online progression system. Future Soldier’s multiplayer mode dishes out experience points for the usual accomplishments: kill a bad guy, take an objective, or revive a teammate. It also scores assists, though. Did your intel contribute to a teammate’s kill? Congratulations! Have some experience.

More experience means more cool stuff that unfolds along two pathways. First, a set tree of weapons and items unlock at certain levels. At level four, for instance, the Engineer can choose between the UAV or a field computer that manipulates objectives more quickly while the Rifleman can pick from two underbarrel attachments: a stun gun or a smoke launcher. This goes on up to level 40. By then, Scouts have backscatter scopes to see through walls and Engineers have UAVs that can actually shoot back.

Meanwhile, each level grants one point to spend in the Gunsmith customization mode. This is where a regular shotgun or rifle turns into a mutant beast with sights and lasers and sensors hanging off every which where. Some upgrades are unequivocally useful, like red dot sights or heartbeat sensors that provide intel at short range. Others can just reflect personal preference. Want to sacrifice accuracy for a faster rate of fire? Go ahead and tweak your rifle’s gas system. 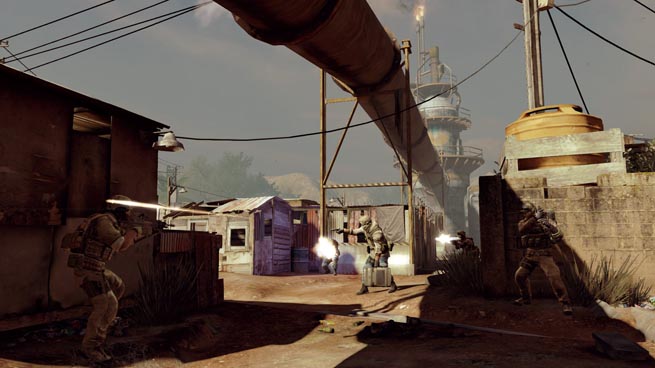 The fanciest gun in the game is no substitute for teamwork. That’s especially true in the main multiplayer mode so far, an objective-based game called Conflict. In Conflict, your goals randomly spawn around the map, giving each team something different to do: defend a control point, destroy an object, activate a device, or take out a specific player. The randomness gives it an interesting ebb and flow since teams are constantly fighting over different parts of the map, and the focus on objectives means that it’s about working together to do something more involved than just racking up kills.

It also means that Future Soldier has room for gamers who aren’t so quick on the draw. Targeting drones and sensor doohickeys may not sound quite so macho as X-ray sniper rifles, but the other guys end up just as dead. Gamers who’ve lucked into the beta should give them a try, and everyone else can look forward to Future Soldier’s debut later this spring.