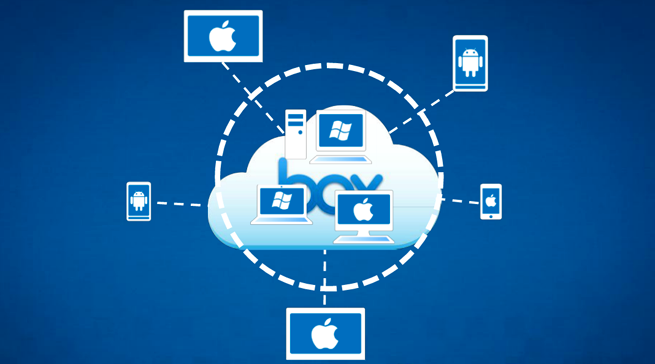 Joining this week’s parade of cloud news from Google, Microsoft, and Dropbox, business cloud storage startup Box has revamped its API for developers and signed 15 new partners to its striking OneCloud program, the company announced today.

While Box had no idea Google would be dropping its Drive cloud storage bomb yesterday, talk of the product and how it would disrupt the market has dominated recent tech news. But while Google is playing up its strengths to both consumers and businesses, Box is mostly focused on businesses because it knows that’s where the money is. And frankly, with Google being cozy with so many consumers with Gmail, it’s starting to look like Box could have much more longevity than Dropbox.

As a player for businesses who need cloud storage, Box has done what it can to be available across platforms and made its service available on PCs, Macs, and most smartphones and tablets. Since 2008, developers who wanted to tap the company’s API for applications have used basically the same one. But with today’s news, the company has launched a new API that will make the process of integration more streamlined.

“This update is dedicated to our developer friends, who are extremely important to us,” Box VP of platform Chris Yeh told VentureBeat.

With its API streamlining, Box is introducing a new feature called Instant Mode. This features makes it possible for sites to embed Box features even if a user doesn’t have a Box account. Users simply type in their e-mail address and get access to Box storage. If that user ever signs up on Box with that same e-mail, they then can access files stored on that other site. In a theoretical example, Yeh said LinkedIn could offer a Box-branded storage section where users could store resumes and cover letters, but you don’t have to own a Box account to take advantage of it.

In a related development, Box also announced that it has signed up 15 more partners for its OneCloud program, which helps keep files synchronized even when using third-party smartphone apps. New partners include the very cool CloudOn, Handshake, iAnnotate, and Breezly.

Along with streamlining its API, Box will make is making OneCloud easier to use as well. Yeh said that the company has made it so users will have less clicks to access and upload files to the cloud.

Check out the new partners below:

To celebrate the launch of its new API and OneCloud successes, the Palo Alto, Calif.-based company is hosting a party tonight in New York City. The company wants to put its foot down in NYC and make sure New York businesses know what Box can do for them. To help get the word out about Box and influence the NY tech scene, Box is partnering with General Assembly and TechStars organizations. All of TechStars’ startups will get a free 500GB Box account to work with, and it will provide mentoring for both orgs.

“This is a statement that we want to be here in New York,” Yeh said. “We will be here consistently going forward and building inroads.”

Box now has 10 million users globally and serves more than 120,000 businesses. The company claims 82 percent of the Fortune 500 use its service in some form. The company has raised about $159 million thus far and counts Andreessen Horowitz, Salesforce, Draper Fisher Jurvetson, Emergence Capital Partners, New Enterprise Associates, and others as investors.