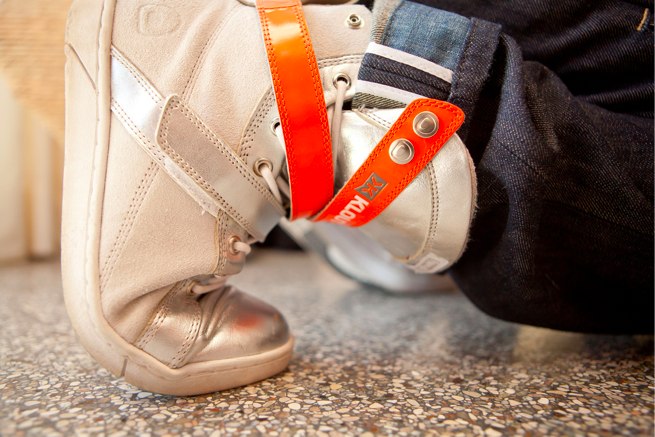 Above: Klout to go

Influence-tracking startup Klout is making its scores accessible to members on mobile with the release of an iPhone application. 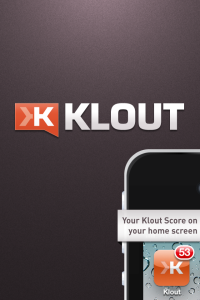 Klout for iPhone, released Wednesday, is an app for the influence tracking-obsessed minimalist who needs to know her score at all times.

Klout is the San Francisco-based company that hooks into Facebook, Twitter, and other social sites to quantify a person’s online reach and spit out a score between 1 and 100.

The now heavily-funded company uses its scoring algorithms to offer rewards, in the form of “perks” from brand partners, to members who are influential in specific areas. Klout doesn’t reveal registered user numbers but claims to have scored more than 100 million people. 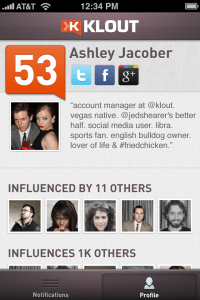 The iPhone app’s most interesting asset is real-time scoring, so a person can always see his or her current Klout score on top of the app’s home screen icon (where the push notification indicator normally is).

Application users can also view their own Klout profiles, see who influences them, check out the profiles of other Klout users, and track their “+Ks,” Klout’s term for recommendations.

The Blockboard team, which Klout acquired seven weeks ago, led development on the app. The group promises additional functionality and a future Android application but is not sharing timing on those releases.