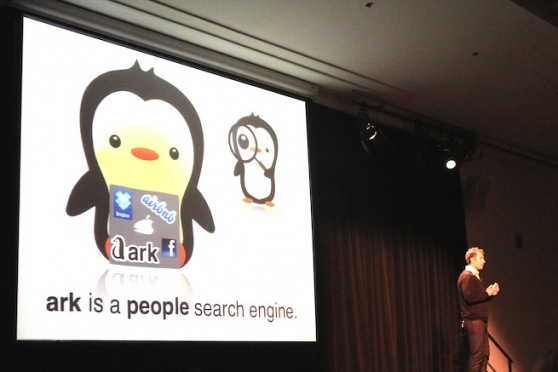 Less than a month after the company took the stage at Y Combinator’s Demo Day, people search engine Ark has raised an impressive $4.2 million seed round of funding.

Ark works by crawling the major social networks, including Twitter, Facebook, RenRen, LinkedIn, and more, to find out all it can about you. Then, when someone is looking for a 20-something gal who lives in San Francisco, likes to bake, and used to work for Macy’s, it will find everyone who matches that criteria.

The startup got the idea for a people search engine when it found that 30 percent of searches were for people. It felt it could swoop in and fill a gap between Facebook and Google, as a way to find people in a central location.

As of March 2012, Ark had indexed more than a billion people from their social network data, roughly 14 percent of the world’s human population. Now, 250,000 people have signed up for beta invites.

The funding will be used to grow the twenty person team to add more mobile and search engineering teams.

Ark was founded in summer 2011 and the company developed its people search during incubator Y Combinator’s Winter Program.