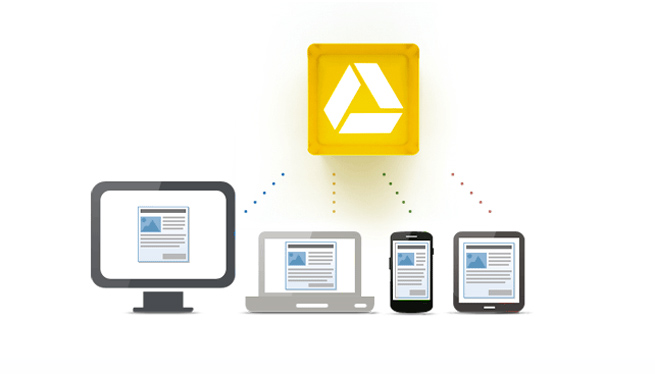 After Google Drive finally launched Tuesday, it was only took a day for people to begin prodding Google about just how private stored files would be using the service. However, Google’s policy is quite similar to already established rivals Dropbox, Microsoft’s SkyDrive, and Apple’s iCloud.

Google has attracted much scrutiny in regards to the privacy of its users over the years. The concerns especially flared up a few months back when Google created a new all-encompassing privacy policy for all of its services. Drive becomes yet another Google service that falls under that policy, which is full of friendly yet broad language.

Some of our Services allow you to submit content. You retain ownership of any intellectual property rights that you hold in that content. In short, what belongs to you stays yours.

When you upload or otherwise submit content to our Services, you give Google (and those we work with) a worldwide license to use, host, store, reproduce, modify, create derivative works (such as those resulting from translations, adaptations or other changes we make so that your content works better with our Services), communicate, publish, publicly perform, publicly display and distribute such content. The rights you grant in this license are for the limited purpose of operating, promoting, and improving our Services, and to develop new ones.

Yes, the language sounds scary in a sense, and the broad nature of it almost gives Google the ability to do anything with that content. I sure as heck don’t want to give Google to right to read, publish, or distribute my work without my expressed permission. Just because it will keep my name on it and I will “retain ownership,” that doesn’t mean I want it on the Internet or thumbed through.

But as The Verge points out in a great analysis piece, these terms of service are extremely similar in nature to Dropbox, Microsoft’s SkyDrive, and Apple’s iCloud services. Those services don’t attract as much scrutiny on the privacy front as Google, but they’re scary in the same ways.

For example, SkyDrive’s service agreement says: “You hereby grant Microsoft the right, to use, modify, adapt, reproduce, distribute, and display content posted on the service solely to the extent necessary to provide the service.” Apple’s agreement reads: “You grant Apple a worldwide, royalty-free, non-exclusive license to use, distribute, reproduce, modify, adapt, publish, translate, publicly perform and publicly display such Content on the Service solely for the purpose for which such Content was submitted or made available, without any compensation or obligation to you.”

Essentially, to be able to let Google Drive (or SkyDrive or any of the rest) do all sorts of cool tech tricks, such as copying a file from one location to another, translating a document, or integrating it with other third-party apps, it needs extremely broad permissions.

Using cloud storage services creates a dilemma applicable to much of the Web. We have to give up some privacy and rights to do all the cool stuff we want to do. If I want to use Google and Facebook’s services, I have to accept that the companies can access that data at will and could give it to the Feds, if pressed. Basically, if you don’t want to give companies access to your data, don’t sign up.