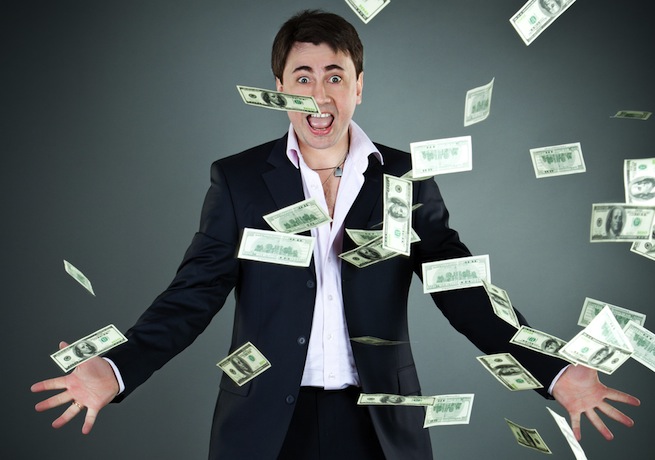 In the first quarter of 2012, investor confidence rose to the highest point it’s been in more than a year. The latest Silicon Valley Venture Capitalist Confidence Index — which measures how much statup investing confidence VCs have — shows a significant jump in confidence over the fourth quarter of 2011.

Investor confidence rose sharply in the first quarter of 2012, coming in at 3.79 on a five-point scale, according to the report. This is up from 3.27 in the fourth quarter of 2011. The increase is the first time the index has risen in a year, during the 2011 first quarter.

“Confidence tends to be tied to the investors’ ability to sell their positions in their portfolio companies, whether with an IPO or an acquisition,” Dr. Mark Cannice, University of San Francisco business professor and author of the report, told VentureBeat. “There has been a really big spike up this quarter. It’s hard to tell if this is going to be an ongoing trend up or a one time event, but [the jump] is significant.”

2011 was a dismal year for investor confidence. At the beginning of the year, the confidence index was at a two-year high of 3.75. But during the following three quarters, it hit a slump and ended the year at a nearly two-year low of 3.27.

“The first quarter was a pretty good quarter for IPOs, and that tends to support confidence with investors,” said Cannice.

He also noted in the report that venture capitalists attributed their raised confidence to “a more welcoming public financial market that is providing more liquidity opportunities for their portfolio firms.” Zygna, LinkedIn, Yelp, Groupon, and Angie’s List all filed initial public offerings this year.

“Capital markets are showing sustained momentum; nothing beats the prospect of liquidity, and there’s an overwhelming sense of optimism, which is what’s in fact needed and should be self-fulfilling,” wrote Dag Syrrist of Vision Capital.

Another major factor that inspired confidence is the recent technological advancements in the mobile, social, and cloud industries. The iPhone and Facebook have paved the way for new services and products, venture capitalists pointed out in the survey. Mobile devices have helped especially because they are transforming commerce, communication, and socialization.

“It remains a fertile market for entrepreneurs to launch new projects with ready access to capital and opportunities to capitalize on the disruptive trends in the cloud computing, mobile Internet, and social media sectors,” Jeb Miller of Jafco Ventures said in the report.

Investment confidence continued to fall in life sciences, which Cannice tells me has been on the down turn for a long time now. FDA regulations have hurt the life science industry, because they stifle fast growth.