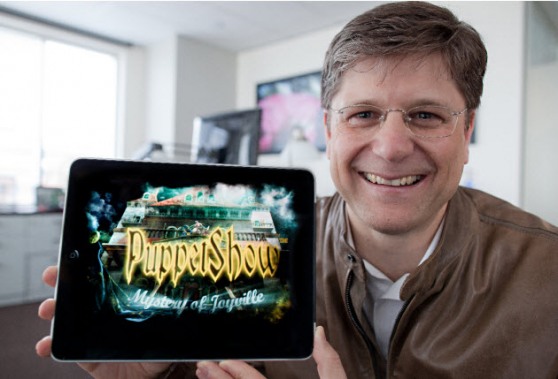 Jeremy Lewis is stepping down as chief executive of casual game company Big Fish Games. Company founder Paul Thelen, who had previously served as chairman and chief strategy officer, will replace him.

Lewis (pictured above) did not offer a reason for stepping down. He said he will remain on the board. 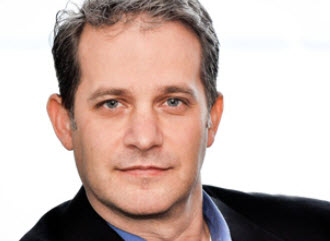 Lewis helped turn Big Fish Games into one of the largest companies in casual games, with more than $180 million in revenues and more than a billion downloads. In 2012, the company has had a number of $1 million-plus revenue days on the PC and Mac platforms. Lewis said the company is on track for an excellent 2012, and it recently acquired free-to-play social casino game maker Self Aware Games.

Thelen said the company plans to launch its “universal cloud gaming service” to offer free-to-play games later this year, and it plans to move more deeply into Facebook with its Ace Casino platform. Lewis has worked for 20 years nonstop, and he looks forward to spending time with his wife and three kids.

Here’s an unedited copy of Lewis’ memo to employees:

Today is an important day for me and my family, my talented friends and colleagues at Big Fish, and for our burgeoning marketplace of partners and customers. Roughly six years ago I joined our Founder, Paul Thelen, as his partner in building Big Fish. Since then we’ve grown the company organically through several life stages and emerged as a leading digital brand with strong momentum and huge continued potential. This is a natural point in our company’s progression for me to pass the responsibilities as President and CEO back to Paul, who at this stage is best suited to lead us forward. He will bring his characteristic entrepreneurial drive and creativity to the forefront. I will continue to support Big Fish as a member of the Company’s Board of Directors.

Back in 2002 Paul bootstrapped Big Fish as a one person game development studio. He put the company on the map with his hit game, Mahjong Towers. A year later he launched the Big Fish Marketplace, a data and analytics driven web platform now providing millions of consumers premium casual games developed by the company’s hundreds of development partners.

In 2006 Paul recruited me from my Managing Director post at Goldman Sachs to be his President and COO. In 2008 he promoted me to CEO. That same year we closed an $83MM financing and with our new partners expanded Big Fish’s foot print to several new countries and extended our marketplace to mobile. In 2010 we surpassed one billion consumer downloads on PC and Mac and in 2011 we emerged as a top 10 publisher on iPad. Also in 2011 we launched internal R&D for Big Fish’s Universal Cloud Gaming Service that will come to life in 2012. To date in 2012 we’ve achieved several record breaking $1MM+ revenue days on our PC and Mac platform and introduced our first free-to-play virtual goods games on iPad and iPhone. Further to our long term mobile strategy we acquired Self Aware Games, the leading free-to-play mobile/social casino platform. Each year since our founding we have driven substantial revenue growth and we are on track for another excellent year in 2012. You have a lot to proud of!

Looking ahead into 2012 there is so much to anticipate, including the commercial launch of our Universal Cloud Gaming Service, the expansion of our PC, Mac and Mobile marketplaces to offer free-to-play games, and the extension of our reach into Facebook starting with the category leading Ace Casino platform.

Reflecting on my time working, learning, and building to scale with all of you during these last several years, what I’m most grateful for is your commitment to Big Fish’s well-defined, strong culture and values. The dynamic culture you have authored will continue to serve as a compass, guiding your judgments and leading to your future achievements. Your core values — Customer Goodness, Focus, Passion, and Integrity — will continue empowering you to adapt, compete, and thrive.

Please join me in wishing Paul the very best as he stewards the company he founded into its very bright future.

With gratitude and warmest regards to all of you, carry on!