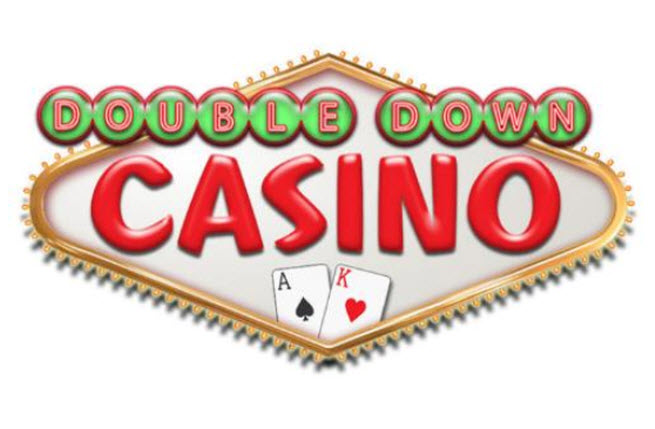 FarmVille took Facebook by storm in 2009 and gave rise to a sea of rival farm simulations. But those games have begun to decline, and they are giving way to social casino games according to research collected by analytics firm Kontagent.

In 2012, social casino game players now account for 13 percent of all of the players on Facebook, compared to just 8 percent in 2011 and 6 percent in 2010. Many of those play Zynga Poker, which launched in 2007 and is still the second most-popular game on Facebook. But that title has been joined by a more diverse group of casino games such as Double Down Casino, which launched in 2010 and was the No. 4 game on Facebook in 2011.

Social casino games are a highly attractive genre right now due to fast growth and higher-than-average revenue per user, which is estimated as at least 40 percent higher than a typical social game, according to Jeff Tseng, chief executive of Kontagent, speaking at the Global iGaming Summit & Expo in San Francisco. Among the 780 million social game participants, 98 million are active players for social casino games.

As we reported this week, land-based and online casino operators are rushing into Zynga’s territory on Facebook. Of the top ten grossing iPhone apps in the U.S., three are currently casino games: Slotomania, Poker by Zynga, and Texas Poker. In the last six months, social casino gaming has exploded and has become a significant percentage of Kontagent’s analytics business. Customers include Blitzoo (Slotspot), Buzz All Stars, Playtika, Mytopia (Bingo Island and Governor of Poker), Pacific Interactive (House of Fun), Peak Games (101 Okey, Okey, and Okey Plus), Plumbee, PopCap, and Viaden. Kontagent tracks more than 1,000 apps, 150 million monthly active users, and 50 billion events a month.

David Gutierrez, an expert on casino games at Kontagent, said that the image below shows the relative change in the growth rates of farm games (in green) and casino games (in red). The farm game growth in monthly active users is visibly slowing. He said that social casino games generate seven times higher revenues than the casual game category. 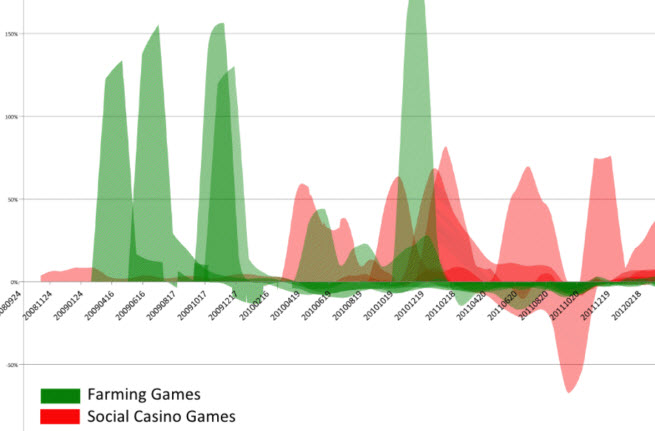