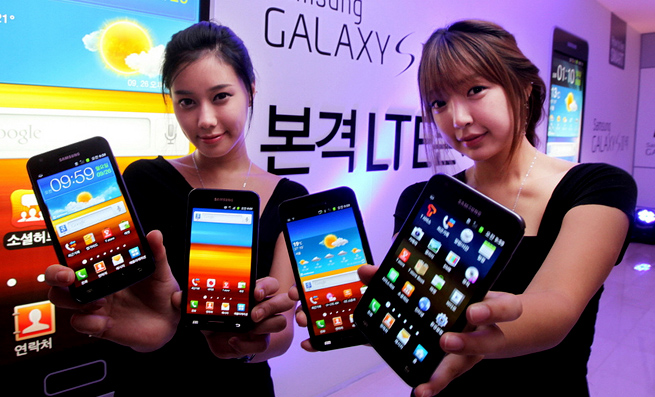 Strategy Analytics told Bloomberg that it estimates Samsung shipped 93.5 million handsets versus Nokia’s 82.7 million units. Nokia’s status has fallen greatly in the past few year’s, as it lost the smartphone crown to Apple and Samsung first, and now it has fallen off with feature phones. Nokia has now bet its future on Microsoft’s Windows Phone platform.

Samsung has become the unequivocal champion when it comes to Android phones, but the majority of the handsets it sells are still “dumb phones.” While the conversation in tech mostly revolves around smartphones, it’s important to remember that emerging markets still gobble up feature phones because smartphones are way too expensive.

“Last year Samsung became No. 1 in Europe while Nokia retained the No. 1 position in most emerging markets,” Tom Kang, a Seoul-based research analyst at Strategy Analytics, told Bloomberg. “In the first quarter, we expect Samsung took a lot of market share from Nokia in Asia. China and India were the two biggest markets where Samsung gained.”