Japanese video game publisher Nintendo recently suffered its first annual loss.  The yen’s value hurt in the $460 million loss, but it didn’t help that Nintendo wasn’t adjusting to the times. No part of its business model better exemplified this inability to adapt than its woeful online presence. How are the people who brought us friend codes supposed to compete in a world with Apple’s iPhone?

How Nintendo adapts to the internet is critical to its future in the increasingly-web-connected game market. And so it is interesting that the Kyoto-based game maker may finally be ready to figure out this whole internet thing. According to the same financial report in which Nintendo announced its record loss, it revealed that 70 percent of all 3DS units sold have been connected to the Internet. That’s right in step with the Xbox 360 and the PlayStation 3, which had 73 percent and 78 percent internet-connection ratios in 2010, respectively.

This suggests that the audience for the 3DS is similar to the customer on Sony and Microsoft’s systems. The demand for content exists. It has probably always existed, but Nintendo can no longer afford to ignore it.

To be clear, Nintendo’s fan-base isn’t expecting an experience comparable to Xbox Live. Cross-game chat and a party system would be wonderful, but this group of gamers has been kicked one too many times. They just want games, big and small, delivered on-demand at a more reasonable price. Based on Nintendo’s recent efforts and language, it seems to be doing just that.

The eShop, the 3DS’s digital-download service, is the first beneficiary of Nintendo’s recent revelation. The biggest fear in the wake of the internet-allergic Wii was that the new handheld’s online store would be just as uninspired as that old console’s Shop Channel. That isn’t the case. Since release, the device has seen a steady stream of downloadable titles that are original, fun, and worth the money. Specifically, 3D puzzle-platformer Pushmo and action-game Sakura Samurai: Art of the Sword are both excellent titles and each one is available immediately for less than $10. Another seven or eight games of that caliber populate the best-seller charts on the digital-distribution service.

This focus on quality has paid off for the publisher. Pushmo has over 11,000 user reviews, which is indicative of only a fraction of the total sales. Of course, the eShop has a long way to go before it can match something like Microsoft’s Xbox Live Arcade, but Nintendo readily admits that.

“We know that the Nintendo eShop still has room for improvement,” Nintendo wrote in its financial report. “However, we have a strong feeling that the foundation for us to deploy our digital businesses has been properly laid out.” Good games are one thing, but realizing that this is only the foundation is the first step in a process toward a fully realized digital platform. 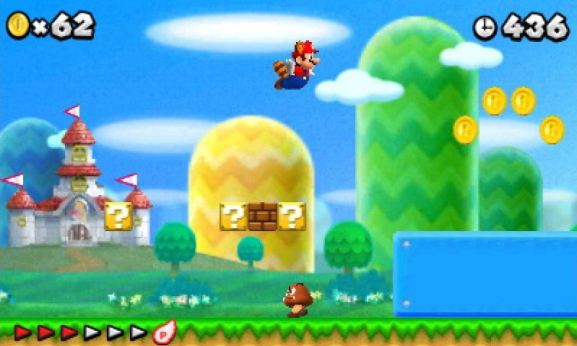 The next step is bringing full-retail games to the eShop. And hey, Nintendo Chief Executive Officer Satoru Iwata just announced that New Super Mario Bros. 2 will do exactly that. This follow-up to the astronomically successful New Super Mario Bros. will be another brave move toward fully embracing the warm glow of the Internet.

Nintendo is wounded. Thankfully, in this slightly vulnerable period, the ancient corporation has begun to align its interests with its fan’s needs. While the company has had an online presence for years, it’s only now started to put care into the execution. Which isn’t to say it now knows what it’s doing. Chances are the Wii U will be filled with scores of mistakes in its online user experience, but that’s the price Iwata and his team has to pay for treating this integral aspect of modern gaming with such disinterest. Better late than never, I suppose.