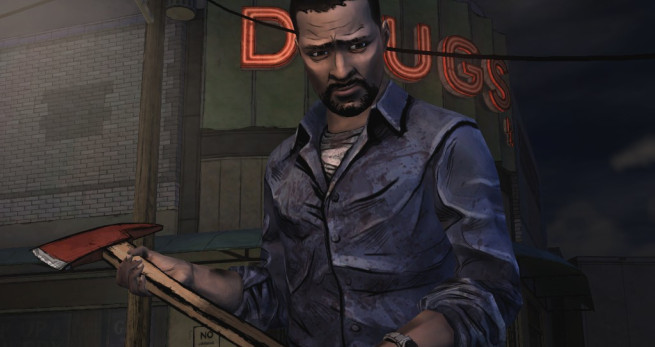 Telltale Games’ latest episodic point-and-click adventure series, The Walking Dead, is all about choice. From the very beginning, it assures you that your decisions matter, that the story unfolding on the screen will be tailored around how you play. Characters — your friends — will live or die, often based on decisions you have to make within seconds. It’s a bold premise, one that I’ve heard before (I’m looking at you, BioWare), but Telltale mostly succeeds in pulling it off in what is an intense and compelling, if flawed, piece of interactive storytelling.

It gets the tone of The Walking Dead right

The Walking Dead’s first episode, titled “A New Day,” is relentlessly grim, which is no surprise considering the zombie-apocalypse subject matter. Based on the award-winning comic book series and television show, it does a good job of portraying ordinary people caught up in horrific circumstances. Distrust, desperation, and survival are common themes throughout its short 2-3 hour playthrough.

It’s also a game that’s unafraid of hard choices. More than once, you’ll be forced to pick which survivor to save and which to let die, and there is never a “right” answer. Often in video games, player choice is a strictly black and white affair, good vs. evil, but The Walking Dead instead opts for lighter shades of grey. You won’t always be happy with the choices you make, but it’s this moral ambiguity that makes the game compelling. 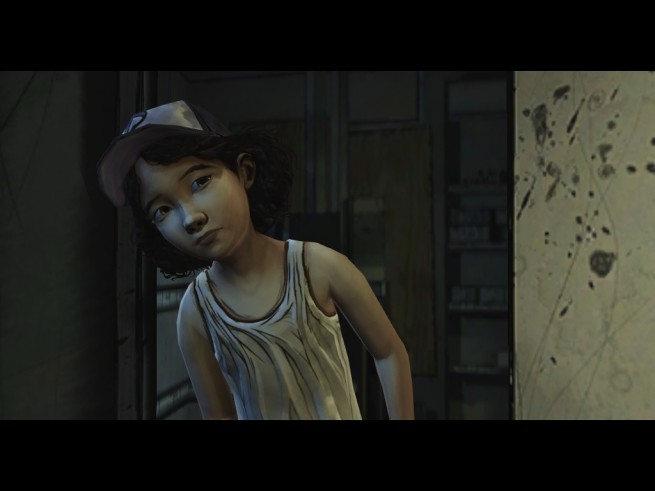 Series protagonist Lee Everett is a former college professor turned convicted felon who is on his way to prison when the patrol vehicle he’s in crashes, knocking him unconscious. Things only go from bad to worse when he wakes up with a busted leg, and the deputy who was transporting him suddenly wants to gnaw on his face. After dealing with Officer Chompy, Lee befriends Clementine, an 8-year-old girl surviving on her own in a Georgia suburb.

Similar to the comic book it’s based on, A New Day is a character-driven experience that is less about making headshots and more about how you, as Lee, interact with the people around you. With Clementine, for example, you can choose to be honest and tell her that her parents are likely dead, or you can lie to keep her hopes up. The game will tell you when characters remember the things you say to them. If you choose to lie about your criminal past and you’re not consistent with your story, someone just might call you on your bullshit. Side with someone during an argument or give them something to eat, and they’ll remember it later on. You can choose to turn these story notifications off, though, if you prefer to be surprised by the consequences of your actions.

The events of A New Day happen concurrently with the events of the comic and TV series, and fans will certainly spot some familiar faces and locales. All of the characters are well-written and voiced…well, almost. Some of the dialogue can be rather clunky, and one character, a female reporter, annoyed me with her stupidity. Really, Telltale? I’m supposed to believe that an educated adult can’t figure out that a radio isn’t working because it has no batteries? And that I need to go find them for her because she “doesn’t know what to look for?” I was so irritated by this horribly conceived puzzle sequence that I decided right then and there that, if given the chance, I’d gladly let the woman become a zombie chew toy. There’s no room in the apocalypse for that kind of cluelessness. 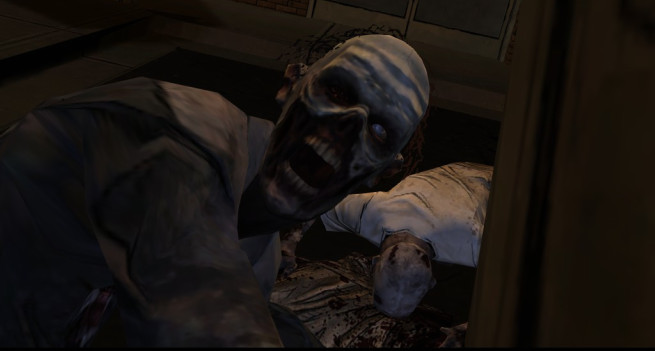 Compared to other titles in the genre, A New Day moves at a fast pace. Dialogue options are often accompanied by a timer, giving you only seconds to make a decision that could impact the rest of your game. Many of the puzzles are time-sensitive as well. Carefully exploring every inch of your environment is probably not a good idea when the undead are about to take a bite out of your neck. Combat is handled through a combination of traditional adventure game mechanics and quick-time events (QTEs). Dispatching the undead is usually just a matter of aiming the reticule and clicking a button, but react too slowly and you’re zombie chow. Guns are scarce, so often your weapon of choice will be something that forces you to get up close and personal. Like the TV show, these sequences are gory and brutal and are sure to get your heart thumping.

The lack of difficulty

While A New Day might work as a piece of interactive fiction, it stumbles when it comes to brain teasers. Many of the game’s puzzles involve common sense things — finding supplies, distracting or dispatching walkers, getting an ailing companion his heart medicine, etc. — but none of them are particularly challenging. They won’t leave you scratching your head or send you running to the forums looking for clues. Often, solutions will even be found in the same room you’re standing in. It’s obvious that Telltale Games designed The Walking Dead for a wider audience beyond point-and-click adventure fans, and I can’t help but feel that the puzzles suffer because of it.

Although they’re far from game-breaking, I did experience a few sound problems during my playthrough. Dialogue crackled during one scene toward the end, and another somewhat emotional scene was slightly ruined by a bad audio mix. I couldn’t hear what the character was saying over the sounds of a nearby zombie. Sure, these are minor annoyances, and they certainly didn’t wreck my enjoyment of the game, but they were noticeable. Hopefully, Telltale can iron out the bugs in future installments. 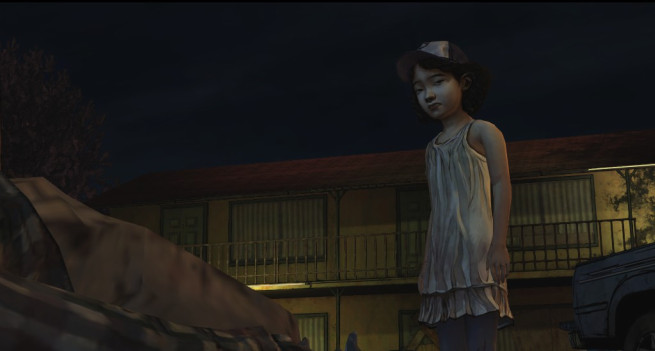 Ultimately, I can forgive The Walking Dead: A New Day’s weak puzzles and occasional technical issues because of all the other things it gets right. By focusing on moral choice and character relationships, Telltale has managed to remain faithful to the source material while simultaneously crafting a zombie game that feels fresh compared to its more action-oriented brethren. Like the opening chapter of a good novel, A New Day draws you in and makes you care about the fate of its characters. A trailer at the end of the game offers hints about the next episode, and I can’t wait to see how my actions affect Lee and Clementine’s story in the future.