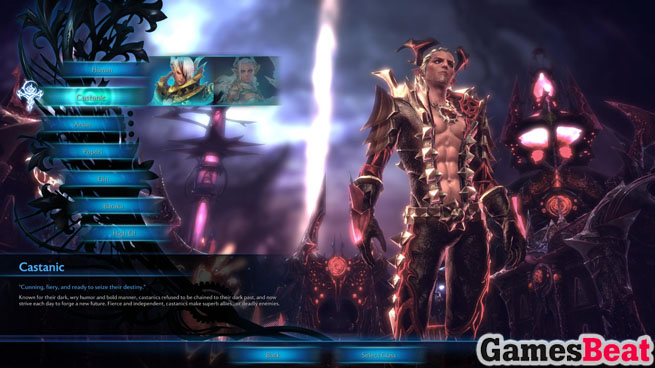 “Cunning, fiery, and ready to seize their destiny.”

Known for their dark, wry humor and bold manner, castanics refused to be chained to their dark past, and now strive each day to forge a new future. Fierce and independent, castanics make superb allies… or deadly enemies.