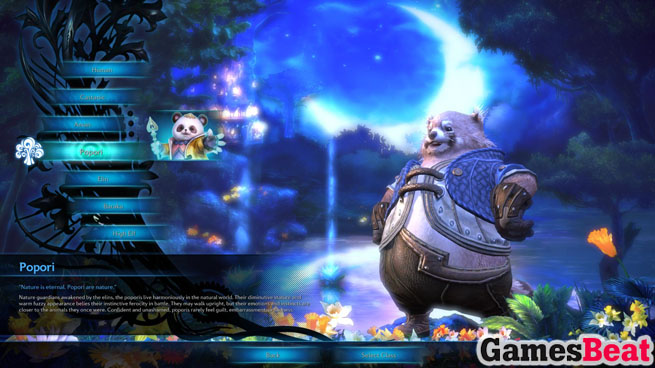 “Nature is eternal. Popori are nature.”

Nature guardians awakened by the elins, the poporis live harmoniously in the nature world. Their diminutive stature and warm fuzzy appearance belies their instinctive ferocity in battle. They may walk upright, but their emotions and instincts are closer the animals they once were. Confident and unashamed, poporis rarely feel guilt, embarrassment, or sadness.