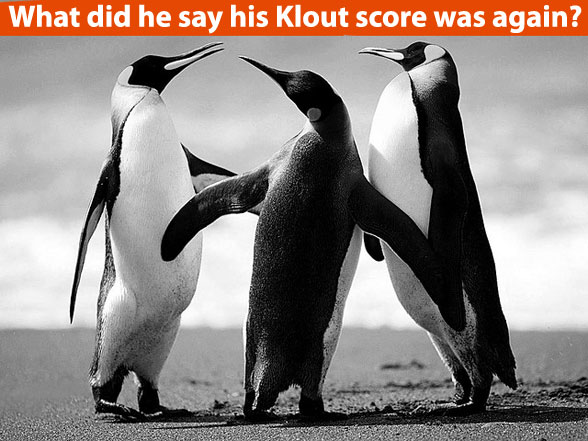 Can anyone say tempest in a teapot?

Nothing gets the interwebs’ panties in a knot like a good ranking controversy. Think of all the catfights we’ve had over Google’s PageRank, Facebook’s EdgeRank, or ComScore site metrics. But perhaps Klout beats them all. There’s something very personal about a number that grades your online importance. We are digerati — we live online. So when someone boils down our entire online existence into a single two-digit number, it’s hard not to feel judged.

So when Wired published an article about Klout featuring the VP who wasn’t hired because of his low Klout score, Twitter and the blogosphere exploded. After all, how on Earth could a company consider some arbitrary number an important factor in who to hire? 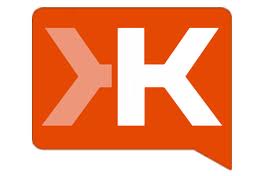 Say you’re a large marketing agency in a major city. You do work for major brands, and that work is shifting (if it hasn’t shifted already) to digital. You want to hire someone who is not only conversant with the web, but who is a digital native who lives online, inhabits social networks, and groks modern marketing at a very basic level.

It actually isn’t unreasonable to expect the person you hire to be not just conversant with social media, but actively and deeply involved in it. Consequently, you’d expect that person to know important and topical components of the social landscape, such as Klout. By extension, a decent Klout score, say 40, or maybe even 50, is not an unreasonable expectation.

Note: A score of 20 is average; a score of 50 puts you in the 95th percentile. The VP who got passed over had a score of 34, and the one who did get hired had a score of 67. That’s a big difference, particularly for someone who is supposed to be conversant in digital media.

Not everyone agrees that Klout is a good signal. Branding expert John Morgan wasn’t impressed: “If you’re a business who hires people based on their Klout score then I have zero respect for you or for your hiring process.” Others were downright vitriolic: “I hated Klout before, I do more now.”

And even those who weren’t angry had serious concerns. Damon Poeter at PCMag found making hiring decisions based on Klout score “disturbing” and “shocking.” Eric Kain at Forbes found it “troubling,” and VentureBeat’s own Ben Popper called it “terrifying.”

There is good reason for concern. After all, Klout is a somewhat arbitrary number created by an agency over which you have no control. Even if Klout score is generally accurate in measuring social influence (a fact which many dispute), there’s no guarantee of accuracy for any single person.

In addition, Klout only measures influence on a limited number of social networks: Twitter, Facebook, and LinkedIn, according to the company’s own documentation. (I’ve read elsewhere that Klout now factors in participation in other key social networks, such as Instagram, Tumblr, etc.) But if you’re big on Pinterest: good luck. The last-remaining big shot on MySpace? Sorry.

Perhaps most importantly, just like any other incentive, scoring influence encourages some to game the system. Just like some sites use white, grey, and black-hat SEO to improve ranking of mediocre content in Google, some people will use distasteful tactics to increase their Klout score, such as constantly @ messaging high-influence individuals. The result: more spam, and inaccurate numbers.

Sure there are challenges with Klout. Yes, just like all other ranking and scoring systems (links, likes, tweets, number of followers, +1s) there are ways to game the system.

But it is a ranking signal that means something. It doesn’t mean everything, and basing hiring decisions on Klout score alone would be silly. But ignoring online influence, for which Klout score is a convenient if imperfect proxy, is not the smartest thing a recruiter or hiring manager can do. In fact, it’s downright stupid.

We all benefit from ranking signals every day. PageRank helps us find better data. EdgeRank prevents us from getting all our third cousin twice removed’s dog breeding status updates. Trending topics help surface the most interesting topics. All of these systems have issues. None of them is perfect. All of them cause problems: reality bubbles, missed trends, poorly ranked sites. But they do have their place, and they do help make signal out of noise.

Using Klout as a ranking signal helps people like Marshall Kirkpatrick find respected and influential people on Twitter. Others use it in similar ways to cut through clutter and find important content. And, interestingly, social media coach Kathi Kruse tells her clients to use Klout score to unmask social media insta-gurus who knock on their doors seeking business.

Hiring managers should dig deeper than one number. They should see how well a candidate interacts and engages online and should appropriately weigh offline factors.

But in combination with other factors, Klout score remains a valuable metric.