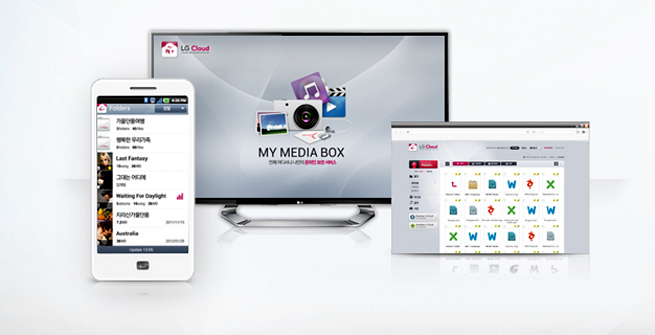 LG Cloud arrives in beta form on tomorrow. The company will try to differentiate its offering from just-launched Google Drive and services like Dropbox and SugarSync by placing its emphasis on storing and streaming media rather than every type of file.

With LG Cloud, you can access and stream video, music, and photo files on Android smartphones, smart TVs, and PCs. The Android app is the most interesting app here, and it will automatically sync the files on your phone with LG’s servers. The LG Cloud Android app will be available for download from Google Play or LG Smart World shortly.

“Most companies today only see the cloud as a storage device or in the case of YouTube or Flickr, only for one type of content,” said Havis Kwon, CEO of LG’s home entertainment division, in a statement. “LG makes the devices that millions of people watch content on so we can set a new yardstick for ease of use by setting up our own cloud service

People that own LG’s smartphones or smart TVs will get 50GB free for six months, while everyone else who signs up for the service will get 5GB free, which is the same space that Google Drive offers and more space than Dropbox’s free 2GB per user. Other paid options will be introduced when service launches out of beta.