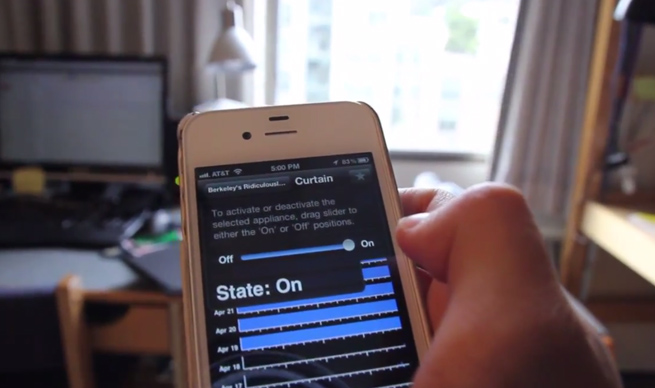 At UC Berkley, it seems students will do anything to get their peers to take notice. Freshman Derek Low, showing his gusto, has created what might be the coolest dorm room ever with automation, motion detection, and room interaction with iOS apps.

Low debuted his B.R.A.D. (Berkeley Ridiculously Automated Dorm) dorm room system to the world via YouTube yesterday, and the results are spectacular. The system opens his curtains at 7 a.m., lets him command lights and music using his voice, and he controls various aspects of the room using custom-made iPhone and iPad apps.

“During my freshman year at UC Berkeley, I set out to create the most ridiculously automated dorm room in the school ever,” Low wrote on YouTube. “Three months and several hundred dollars later, BRAD has been completed!”

You can read more about Low’s process of creating B.R.A.D. here.

Watch the amazing video below: