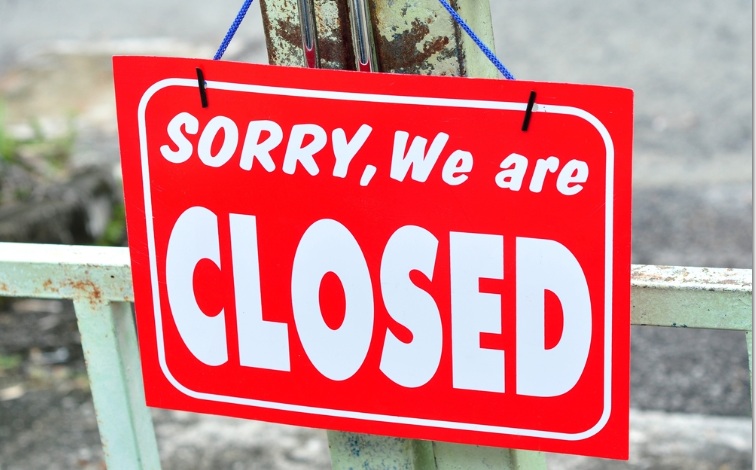 Not every startup succeeds. Most persistent entrepreneurs eventually find themselves with a business that is failing or going nowhere. There’s lots of advice about starting a new business and navigating a great exit. People don’t like to talk about less successful endings. But pulling off a safe landing is at least as tricky as taking off. Even if you have to land hard and crunch the landing gear, you can still avoid hurting the passengers and crew.

It’s conventional wisdom (and true) that an entrepreneur who has failed is often better for the experience. But failing badly can hurt your reputation and, in the worst case, saddle you with personal liabilities. We’ll address two major sources of trouble: Unpaid payroll taxes and fiduciary duties.

Pay the Payroll Taxes!
Fortunately, officers and directors of a failing company usually are not liable for the company’s debts. There are some exceptions, and it is crucial to be aware of them. The major exception is payroll and withholding taxes. The responsible officers of a company are personally liable for these. You must pay the payroll taxes and you must pay any amounts withheld from employees’ wages. The government will pursue this liability aggressively. Another exception is employee claims for wages, severance, sick pay, vacation pay, and holiday pay. In some circumstances, corporate principals can be liable for failure to pay employees. Paying your employees their final paychecks (and paying the government the related taxes) will avoid these liabilities.

Notice Conflicts of Interest and Deal with them
You’ve probably heard of fiduciary duties. Directors and officers of a company owe them to the company and, in certain circumstances, its shareholders or creditors. In a growing company, fiduciary duties are usually (and rightly) far down the list of concerns for the officers and directors. That changes when you’re shutting down or selling at a price that won’t make everyone happy. First, when people are unhappy (and especially when some people are more unhappy than others), they tend to point fingers and find fault. Second, a struggling business often makes desperate deals to keep going. These deals can involve difficult conflicts of interest.

Fiduciary duty is a simple concept: When you agree to act in someone else’s interest rather than your own, you have a duty to do just that. The problems mostly concern conflicts of interest rather than outright dishonesty. The law recognizes that people’s decisions are strongly but unconsciously influenced by self-interest. So if you make a corporate decision in which you have a personal interest, the law usually assumes that you decided in your favor and against the corporation’s interests, even if you don’t think you did. The trick is to notice conflicts and find a way to take yourself out of the decision or get someone disinterested to help with it in advance.

So as you wind down, keep a look out for conflicts: the “circling the drain” convertible debt round from a few principle investors, the sale of the company’s IP to one of the founders who’s willing to put up some cash for it and then have another try at commercialization, the sale of the company that will get some money to the preferred stock but none to the common.

We’ll spare you the hellish legal detail. Get good legal advice if you’re facing a conflicted decision. But two simple rules can save you a lot of legal bills:

Get Consensus
First, try to get consensus, after complete disclosure. If everyone knows what’s happening and agrees, it’s hard for them to complain later. There are two major problems with this approach. First, it’s hard to get consensus. Try. Don’t assume that people want to fight. There’s usually not much at stake, and most of the people involved are repeat players — this isn’t their last rodeo and they care about their reputations. If you can’t get everyone, it can help to get nearly everyone, if you get the most likely troublemakers.

The second problem with getting everybody on board is figuring out who “everybody” is. In a faltering startup, “everyone” usually means all shareholders (preferred and common) and all lenders (e.g. convertible note holders). You might want to reach out to other known creditors, such as landlords. Think expansively. You’re trying to cover yourself. So the old adage that it’s better to ask forgiveness than permission doesn’t apply.
If you’re going for consensus, get a lawyer. The point is to make sure people can’t complain later, so it’s important to get the wording and procedure right.

Stay Independent
The old adage “He who pays the piper calls the tune” doesn’t apply to corporate fiduciaries. Directors and officers talk about answering to the shareholders, but the law is clear: They make their own decisions in the interests of the corporation. Corporate directors don’t take orders from anyone. Corporate officers answer only to the board and superior officers.
In normal times, this point is theoretical. If directors and officers don’t listen to major shareholders, they’re replaced. When the going gets tough and the participants’ interests diverge, however, deciding independently can be crucial. A majority shareholder who wants to buy the corporate assets for nothing may scream at you that you have to do what she says because she controls the corporation. So remember that the very worst that shareholder can do to you is remove you from office. If you think about it, that’s usually a reward, not a punishment, in the context of a failing business. With a good employment contract, you might even snag a payday as you leave. By contrast, giving in could get you sued. It will feel uncomfortable, but stiffen your spine and act the way the law expects: Decide independently.

This gets us to the final question of shutting down a business. How do you wind everything down?

Four Ways Out
There are four ways to close up shop. We’ll give a general idea of how things work, but this is not a safe DIY project. Get a lawyer to help you.

1. Walk Away. One way to deal with a failed company is to walk away. If the company has minimal assets and minimal creditors, this approach can work. But if there are assets or creditors, it can leave the directors with liability (for failing to do their jobs), so it is not desirable.

That brings us to the other three ways:

2. Bankruptcy. Bankruptcy is a court proceeding. In a “chapter 7” bankruptcy, a trustee takes over and liquidates. In a “chapter 11” bankruptcy, management remains in control under court supervision. The benefit of bankruptcy is that it stops all lawsuits and creditor collection. It also allows the company to sell assets free of liens and creditors’ claims, which can increase the sales price. Bankruptcy also allows the company, with court approval, to assign certain contracts without the other contracting party’s consent. Finally, shareholder approval is not required to file bankruptcy or to sell assets in the bankruptcy. The downside of bankruptcy is that it can be a long, expensive, and bureaucratic process.

3. Assignment for the Benefit of Creditors. Assignments for the benefit of creditors (“ABC’s”) are similar to bankruptcy. In California, an ABC is a private proceeding, so no court is involved. In an ABC, the company transfers its assets to a neutral third-party in trust for creditors. The assignee sells the assets and pays the proceeds to creditors. ABC’s offer speed and flexibility. The ABC and the assignee’s asset sale are often simultaneous, avoiding any interruption in an ongoing business and preserving the going concern value. An ABC also usually costs much less than a bankruptcy. Finally, there is much less publicity. On the downside, an ABC requires shareholder approval, which can be cumbersome, and the assignee can’t sell the assets free of claims. So an ABC is best if there’s a buyer willing to proceed without a 363 sale.

ABC’s are often used to sell the company’s assets to insiders. Insider purchases raise red flags because they involve divided loyalties. The officers or directors of the seller have a duty to maximize the sales price. But if the same people are also buying, they have an incentive to underpay.

Accusations of a breach of fiduciary duty are a definite risk. An insider buyer can sometimes inherit some of the failed company’s liabilities as a “successor” to its business, if the buyer is a “mere continuation” (i.e. basically the same people using the same assets to operate the same business), or if the transaction is for the fraudulent purpose of escaping the seller’s debts.

An ABC with an independent assignee can help address these concerns because the assignee can independently evaluate the fairness of the insider transaction. The assignee can market the assets to other bidders or get an appraisal to validate the price offered by the insiders. Finally, the ABC insulates the buyer against fraudulent conveyance claw backs. An ABC does not offer as high a degree of protection as a 363 sale in bankruptcy but often will be good enough, especially where the sales price is not high enough to justify the expense of bankruptcy.

4. Dissolution. Dissolution means the corporation distributes its assets and ceases to exist. Dissolution (without a prior bankruptcy or ABC) is best when there are enough assets to address known liabilities. We’ll discuss dissolution under Delaware law (which governs most venture-backed startups), but remember that state laws and company documents vary.

There are two basic ways to dissolve a corporation: The board can dissolve by itself, or it can get court approval. Either way, the goal is to pay all known claims, provide for disputed and uncertain claims, give notice to anyone known to have a potential claim, and wait some time for claimants to appear. You always have to wait at least three years before you’re done, but the actual work is usually quicker.

Most liquidating corporations, especially failing startups, don’t go the court route because it’s expensive and slow. The advantage is that court approval can insulate the directors and shareholders from claims they improperly distributed the corporation’s assets and can force resolution of potential claims. But a contested dissolution can be as slow and expensive as a bankruptcy, and bankruptcy provides better protection.

The Confidence to Move On
No one enjoys failing. But doing it right can avoid future problems and enable you to move on. As you start your next venture, you want the freedom to keep your eyes on the road ahead and the horizon beyond, not the rearview mirror.

Ethan Stone is a transactional lawyer, focused on early-stage entrepreneurial companies. He represents clients in company formation and financing (company and investor-side), mergers and acquisitions, technology transactions, executive employment agreements and other transactions. He writes the Stone Business Law Blog.