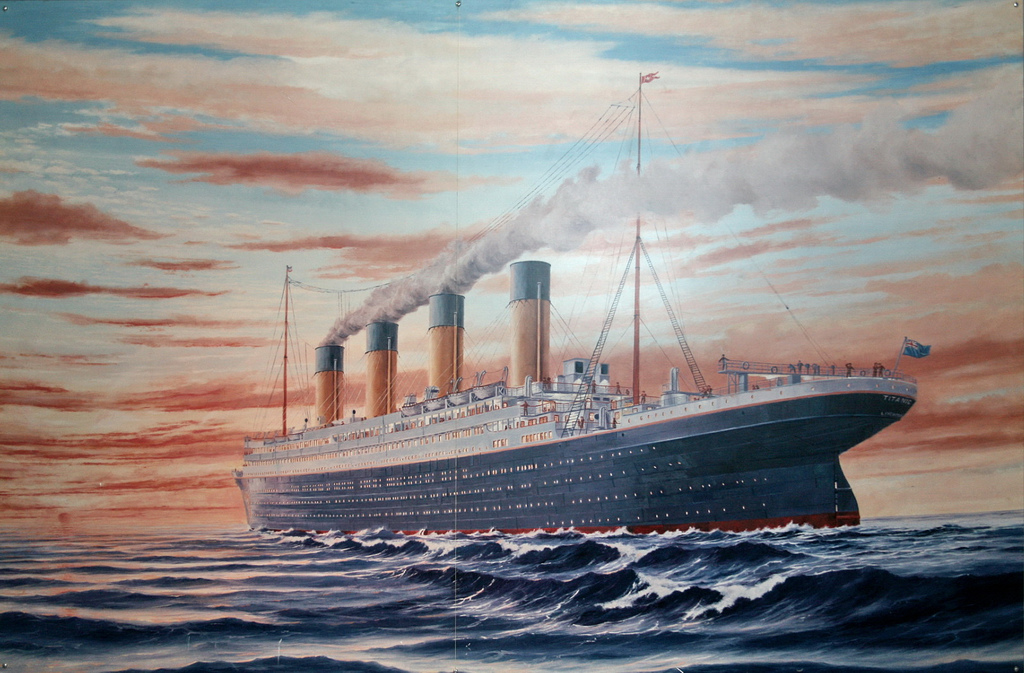 Above: This isn't going to end well.

The recent anti-trust suit against the big five book publishers reminds me of the scene in the movie Titanic where the lifeboats are pulling away from the gasping survivors in the water. We all know what’s going to happen and it’s painful to watch.

What surprises me is how little discussion there is about what happens to the authors in all of this. For sure, advances are going down. Way down. But that has been happening for a while. Even before the Kindle, Amazon was dominating print sales, which meant the publishers had a lot less control over how their book sold.

Publishers have no idea how drive online sales

For years, as book sales moved increasingly online, the responsibility of the sale has increasingly moved to the author. Publishers can’t drive sales because they have no idea who is buying their books online. With offline bookstores, publishers knew the location of their buyers and based on location, they could extrapolate demographics. With online sales, print publishers have no location-based information, and Amazon doesn’t release any customer data to publishers.

Publishers have resorted to un-trackable promotion such as print ads, and television. While book publishers have no way to track direct traffic from television spots, bloggers do, and bloggers know that TV and radio translate to much fewer clicks than online publications. This is because, for most people, there are simply too many steps from hearing someone speak on NPR to going to the person’s web site.

I know this because my personal blog gets about a million views a month. When I write a post like this, promoting a book, I can tell exactly how many sales I made — more than 1,000, in this case.

This is really bad news for publishers, because I make almost as much in commission from Amazon when I sell a book I didn’t write as I would make on the sale of one of my own books after the publisher takes out their cut.

So book publishers are largely ineffective at selling books, and they can’t get better because Amazon is not sharing data that would reveal exactly what works and what doesn’t.

Right now the only non-celebrity authors who can get book deals are people who can drive their own sales figures, almost always through online means. Besides, that, most nonfiction authors are not making their money from their books. Their books are more marketing tools for their higher profit-margin products:  speaking or consulting.

So here’s what happens. An author who is good at driving book sales gets an advance from the publisher. The publisher has no idea how to market a book online so the author is driving most of the sales on Amazon.

But only Amazon knows the email addresses of the people who bought the book. Moreover, Amazon knows what else this customer would want to buy and can sell it to them. Amazon is keeping — stealing, really — the mailing list away from authors.

So it would behoove all authors who can sell their book to sell it on their own website and not on Amazon. Amazon is using ebooks as a marketing tool for the Kindle, and if you drive your list to Amazon, you’re merely driving them into Amazon’s Kindle-centric sales funnel.

There is already a trend for authors with their own audience to go around Amazon. Leo Babauta publishes his own books and sells them on his own site. Ramit Sethi not only does that, but it’s hard to find his books to buy on his site because Ramit is one step ahead of everyone. He collects names first and sells books later. And those books are not on Amazon.

Emily Gould is using her reputation online to sell books that she didn’t write. She’s a publisher, of sorts. But she doesn’t sell the ebooks on Amazon.

So the trick is not to write a book and get it published. That’s no longer difficult, or even clever — the whole world has a book today. The real trick is to build your own audience to the point where you can sell directly to them.

That’s much harder to do than publishing a book. But face facts: Building your audience is becoming the only way that makes financial sense to sell books.

In other words, build your own lifeboat, and do it now, before the Titanic sinks.

Penelope Trunk founded Brazen Careerist and two other startups. Her career advice runs in 200 newspapers, and she is the author of a bestselling career advice book. She lives on a farm in Wisconsin and homeschools her sons.

Top image of the Titanic: via Cliff1066/Flickr