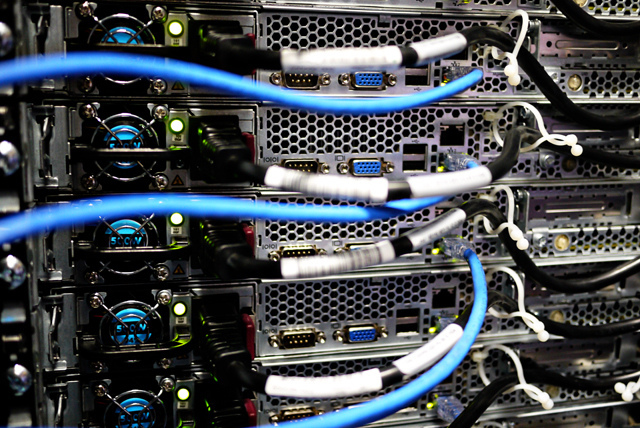 What do HP, Salesforce, AMD, VMWare, and Alibaba all have in common?

They’re all partners in the Facebook-led Open Compute Project, a group that aims to revolutionize computer hardware through the power of open-source collaboration.

Facebook’s Open Compute Project is having its third Summit event today, and it’s bringing together some of the best minds in the world to solve problems of data center efficiency, server design, and more.

Most of its partner companies have a stake in the issue, either because they use massive server resources, because they design and sell hardware and chips, or because they are involved in creating the software that makes all this hardware more efficient.

“The momentum that has gathered behind the project – especially in the last six months — has been nothing short of amazing,” wrote Frank Frankovsky, Facebook’s hardware design guru, in a blog post this morning.

Frankovsky notes that the OCP now includes HP, AMD, Tencent, Salesforce, VMware, Canonical, Vantage, Alibaba, Supermicro, and Cloudscaling among its members, and that HP, Quanta, and Tencent have also joined the project’s Incubation Committee. This committee is responsible for reviewing proposals for official OCP support.

As far as new projects are concerned, Frankovksy said OCP has accepted proposals for a vanity-free storage server called “Knox”) and two high-efficiency motherboards, code-named “Roadrunner” and “Decathlete,” designed with the specific needs of financial services companies in mind.

OCP is also merging specs with Baidu and Tencent for its Open Rack design for servers.

Finally, the OCP project is doing what most open-source projects do these days: It’s launching support services for customers to easily and comfortably get started with its Open Rack designs. The OCP Solutions Provider program will allow companies to sell and use hardware based on OCP specs.

“Companies currently pursuing Solutions Provider status include Hyve, ZT Systems, and Avnet, as well as new business units from Quanta and Wistron (called QCT and Wiwynn, respectively) that have been launched to sell directly to consumers,” Frankovsky concluded.

The OCP got rolling about one year ago. At that time, Facebook’s vision of open-source hardware got started because Facebook itself was having trouble scaling its servers out in a way that made business sense.

“We looked at why things were done the way they were, and it always came down to legacy. Challenging legacies and starting from scratch was the most innovative thing we did in the project,” Facebook OCP lead Amir Michae told VentureBeat in an interview last fall.

“It’s natural in an environment where companies are trying to remain profitable to keep some pieces of innovation to themselves. But they also need to be able to share and engage with the community,” Michael concluded, encouraging other companies to get involved in the open-source hardware project.

Also, if this is a story you find interesting, you should check out what Facebook is doing with Ringark, its mobile browser testing suite, and the W3C Core Mobile Web Platform Community Group.