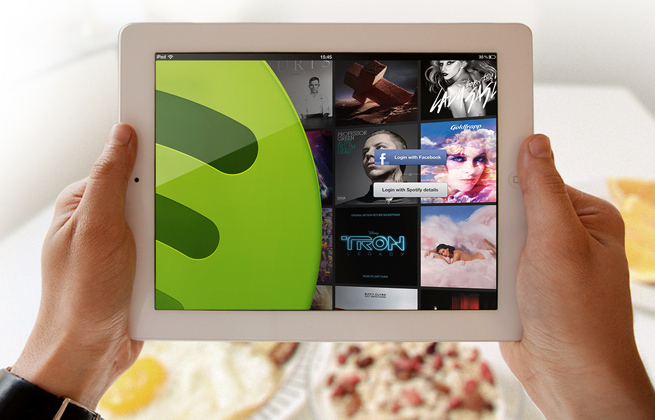 Streaming music service Spotify has finally launched an app for the Apple iPad after a strangely long wait, the company announced today.

Spotify is most closely watched of the new crop of streaming music services, battling it out with the likes of MOG, Rdio, and Rhapsody. The service has attracted more than 3 million paid users across 13 countries. Rhapsody, which has been around since 2003, has more than 1 million paying users in the U.S. alone.

The new Spotify iPad app has been in the works for quite a while, and both Rdio and MOG debuted their iPad apps before it. Rdio launched its iPad app in August 2011 while MOG made its iPad debut this past March. Since Spotify gets more attention and scrutiny than its peers, the company was constantly questioned on where the heck its iPad app was and why it was taking so long.

But alas, the day has finally come. The app features support for the latest iPad’s Retina display, advanced search through the Spotify catalog of 17 million songs, hot and trending playlists, an inbox sorted by users, gapless playback, and AirPlay integration.

You can take a look at screenshots below of the new app:

And you can watch Spotify’s promo video below: