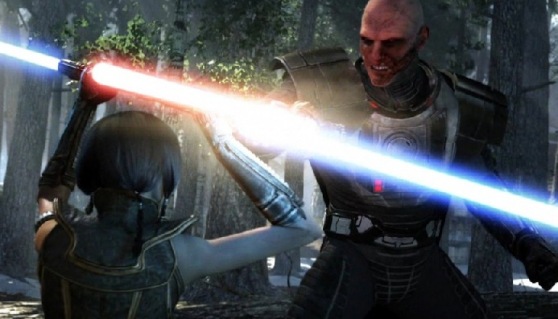 Game industry observers will be watching Electronic Arts closely on Monday, May 7, when the company is scheduled to report its fourth fiscal-quarter earnings for the period ending March 31.

The results will give investors a first peek at EA’s financial performance after the launch of its Mass Effect 3 blockbuster sci-fi game and a full quarter’s worth of sales of Star Wars: The Old Republic, which EA-owned studio BioWare developed over the past six years. The Old Republic is EA’s main competitive thrust against Activision Blizzard’s money-making machine, World of Warcraft. EA has said that the vast majority of Star Wars’ 1.7 million subscribers have signed up for beyond the initial free trial, with paying subscribers likely numbering around 1.5 million.

Analysts are expecting the Redwood City, Calif.-based video game publisher to report revenue of $960 million and non-GAAP earnings per share of 16 cents. They expect EA to guide first fiscal-quarter revenues to $925 million and EPS of 10 cent to 20 cents a share.

Michael Pachter, analyst at Wedbush Securities, expects EA to outperform estimates. He believes EA will report revenue of $980 million on EPS of 20 cents a share.

EA’s stock climbed on Wednesday, and it closed at $15.87 a share. That values EA at $5.26 billion. The company’s stock rose last week on rumors that Nexon had made an offer to buy EA, but that made no sense, Pachter said, as the Japan-based online games giant didn’t have the financial resources to pull off such an acquisition.

A couple of weeks ago, a rumor circulated that EA was preparing to lay off more than 10 percent of the company’s staff. But EA didn’t announce any cuts to employment and merely said that “there are no layoffs.” The company further stated that it always has projects that are growing and morphing with people coming in or leaving. EA currently has about 9,000 employees, a number that has grown since a big round of employee cutbacks in 2009.

For the coming fiscal year, Pachter expects EA to report non-GAAP revenue of $4.55 billion to $4.6 billion (about four times Zynga’s current revenues) and $1.10 a share in EPS.

EA has likely been hurt slightly (a $5 million sales reduction) by the bankruptcy filing of Game Group, the big game retailer in the United Kingdom. OpCapita purchased GameGroup’s assets on April 1, Pachter said.