The latest cross-platform report from Nielsen reveals that the number of hours people spend watching live broadcast programming is down sharply compared to a year ago.

The main culprit? “Time-shifted” DVR devices, according to the report. Basically, that means people still prefer to watch current programming, but on their own time. The growing number of streaming video services like Netflix and Hulu are having a great impact on viewing habits — in the sense that TV shows are becoming much less of a must-see performance and far more like a good book that you’ll eventually get around to reading.

The report shows that 98 percent of all viewing is still done on a television set. This is partially due to the presence of more set-top boxes, and homes that contain game consoles that can stream video.

And while TVs are still the center of the universe for video watching, mobile is showing some impressive strides. One interesting thing to note is that the report found 33.5 million mobile phone owners now watch video on their phones—an increase of 35.7 percent since last year.

Photo via Shutterstock; Graphic via Nielsen 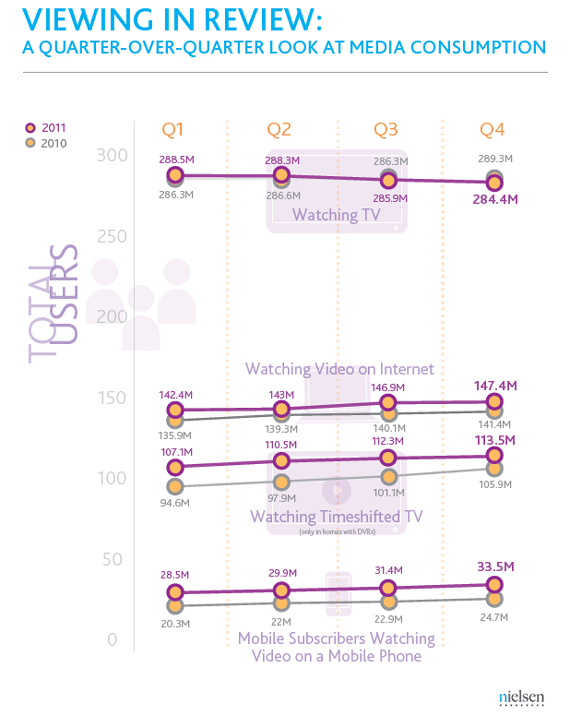