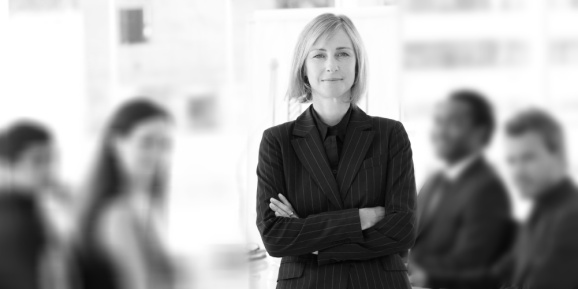 Forbes today published its Midas List, an annual recounting of who’s who among the top investors around the globe.

We took a look at the tech sector, and of the top 100 investors chosen to be listed, only five were women.

Giving wide berth to the complicated sociological discussion of why only five women appear on the Midas List for tech investment, let’s take a look at these remarkable ladies and their careers.

Mary Meeker was a Morgan Stanley analyst — and quite a good one — until January 2011, when she came to Kleiner Perkins Caufield & Byers. But her Internet street cred stretches back deep into the dotcom era.

Meeker’s claims to fame start with “The Internet Report,” a Morgan Stanley publication from 1995 that became a sort of bible for dotcom investors. Dubbed “Queen of the Net” in 1998 by Barron’s, Meeker was part of the Morgan Stanley team that oversaw Google’s 2004 IPO. In 2006, a writer for Fortune said Meeker was “absolutely first rate when it comes to spotting big-picture trends before they come into focus,” and in 2010, the magazine called her one of the ten smartest people in the technology industry.

Meeker is doubtless one of the strongest and smartest people in tech, but her biggest strength in her career might be her unrelenting focus on data. Her background as an analyst gives her work a no-nonsense focus on numbers. Since, as her research has shown over the decades, around 5 percent of tech companies create around 90 percent of the industry’s wealth, she looks at the balance sheet first, market opportunities second, and management teams third.

Recommended: Text and audio from Meeker’s 2001 speech at her alma mater; The Internet Report that started it all.