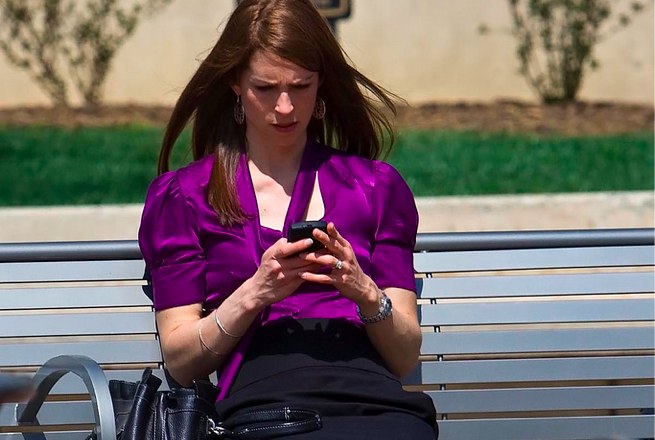 In an effort to eradicate some of the challenges associated with text-based communication, Facebook has today updated the iOS and Android versions of Messenger, the social network’s cross-platform messaging-only app.

Version 1.7 of Facebook Messenger for iPhone and Android, out today, keeps conversations flowing between friends with three new features. The app lets you know who has seen your messages, gives you the ability to see where your friends are messaging you from, and includes a more visible real-time typing indicator. 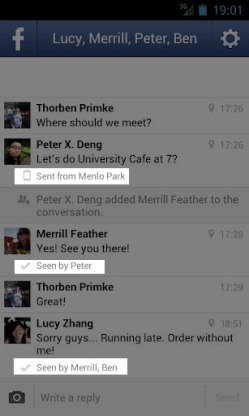 “The new Messenger clients for both iOS and Android make mobile messaging more conversational, especially when texting groups of friends on the go,” a Facebook spokesperson told VentureBeat.

Perhaps the most useful feature is the “seen by” indicator that shows you which of your friends have read your messages. It essentially acts like a read receipt (like in BBM or iMessage) and should come handy when chatting with groups. Sorry, fibbers, this does mean you can no longer plead ignorance on the Facebook messages you’ve read.

The other improvements are convenient little touches meant to make conversations feel more contextual and fluid. The location and app-type indicators, for instance, show you when a friend is messaging you from near or far (with an included map) via their mobile device. This is information that could come in handy when trying to arrange an impromptu get together.

Today’s additions are quintessential Facebook — sharing more by doing less. Sure, you may sacrifice a little privacy in favor of better conversations, but the exchanges are with people you presumably like, so maybe more information is better. And location-sharing is always optional for those who’d rather not reveal that they’re just around block from a frenemy they don’t want to see.