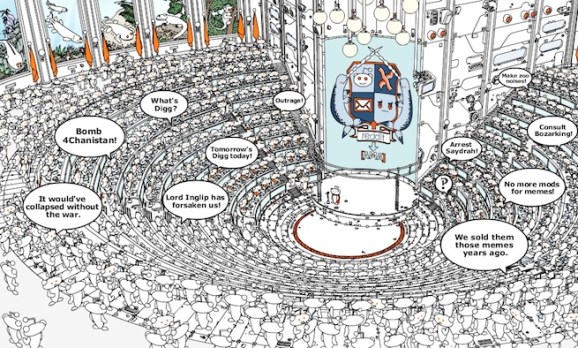 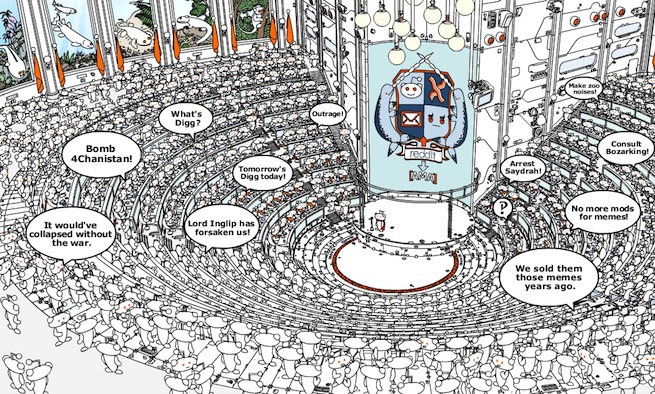 As one of the more prominent and vocal opponents of anti-piracy legislation SOPA, social news site Reddit has positioned itself as an organization that deeply cares about tech policy. But sometimes that can work against it.

For instance, last weekend the site’s users started organizing an elaborate Reddit-boycott due to unhappiness over the lack of attention Reddit management had given to the hotly debated cyber security bill CISPA.

CISPA, or the Cyber Intelligence Sharing and Protection Act, seeks to give American companies more legal breathing room when collecting and sharing consumer/user data in the scope of Internet security threats. Essentially, the bill’s goal is to encourage companies to share information with the government that may help it fight and prevent cyber security attacks. But the language in the bill is far too vague when it comes to distinguishing how the government can use that information, leading critics to brand it as pure and unadulterated evil. The bill also doesn’t provide an adequate description of what’s considered a “security threat”.

The user uproar was undoubtedly fueled in part by the House’s rushed vote of approval for CISPA last week, which actually contained amendments that make the bill even more vague and degrading to privacy protections. This contradicts most of the prior speculation that the bill would get better prior to going to a vote. And while Reddit eventually did respond to the community, it’s still planning to boost the discussion about CISPA in the coming weeks.

Earlier this week, Reddit General Manager Erik Martin spoke with VentureBeat about the company’s stance on CISPA, and how its strategy for handling CISPA stops just short of activism.

VentureBeat: So I saw the initial uproar by users that called for a strategic boycott of Reddit, which was just like you’d expect from redditors: detailed and multi-tiered. I also saw the follow-up. Have you guys made any progress toward helping Reddit user fight CISPA?

Erik Martin: Right now we’re working on getting as many experts as possible to interact directly with the Reddit community. So, hopefully there will be a lot of informative IAMAs and similar discussions this week, involving experts and stakeholders across the board.

VentureBeat: As for the uproar from users, do you think the timing of the bill passing caught you guys off guard? I know it went from a “bad bill” to a “truly awful bill” in a very short amount of time.

Martin: Yes, we’re not experts or super dialed in to the process. So, we were hearing the revisions and amendments were going to improve the bill, not make it worse.

VentureBeat: I think a lot of people did, at least heading into the weekend. Do you think the update/response to the Reddit boycott was enough to let users know you’re paying attention?

Martin: I think people just want to be sure we give a shit. But just like with SOPA, our role is to facilitate … help the community discuss the issues and collectively explore what to do about it. (For example), we directed people to discuss tactics at http://reddit.com/r/SOPA, but we did not originate or promote any of the specific ideas, like the Godaddy boycott. We’re going to try to do an even better job of that this time (with CISPA). Hopefully the experience of SOPA showed everyone across the board how important it is to communicate directly with the internet communities. So, I’m optimistic.

VentureBeat: With legislation like this (CISPA, SOPA/PIPA, ACTA), is it important for Reddit’s management to draw a distinction between promoting discussion and activism?

Martin: Yes, it is important, but it’s more complicated since Reddit is both a company and a community. I think it’s a fairly new position. We’re not interested in activism, but there are times when we can help make sure the community’s voice is heard. And Reddit is built upon having a free and open internet … we’re open source, don’t require user info, user curated etc. So, anything that might threaten a free and open internet impacts both the community and the company.

VentureBeat: Is there a blackout day for CISPA further down the road if needed?

Martin: No blackout plans, but who knows.

VentureBeat: I’m assuming you’re among the majority of people at this point who hasn’t been able to dig through all the amendments that make CISPA dangerous. Once the week(s) of IAMA experts have explained the situation, will you guys gather all that information and form an official company stance on the bill?

Martin: Not only CISPA, but also the cyber security bills in the senate —  there are like four bills, too.

VentureBeat: In the spirit of healthy discussion, are you guys seeking out an expert that’s for CISPA (and related bills in the senate)?

Martin: Absolutely. And (there are) some good signs that we’ll be able to make that happen. I would love a co-sponsor or the appropriate staffer to discuss and answer questions about the bills on Reddit.