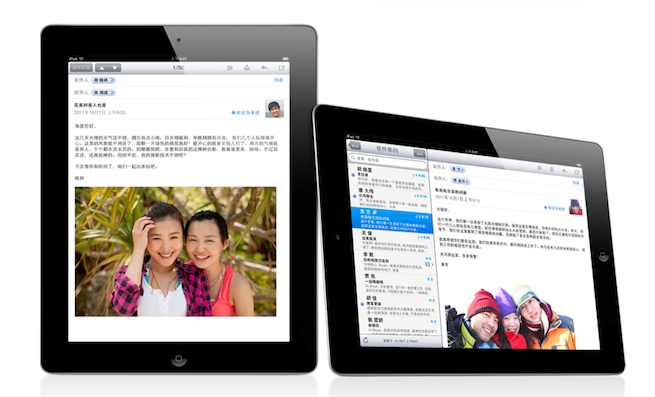 Apple has been in a months-long battle with Shenzhen technology-manufacturer Proview over the “iPad” trademark in China. After much back and forth, Apple offered Proview a settlement today, which the company says is too little.

“We feel that the attitude of Apple Inc. has changed. Although they expressed that they were willing to negotiate, they have never taken any action before,” said Proview lawyer Xie Xianghui to China’s Xinhuanet. “It’s good for both sides to reach a settlement as soon as possible.”

However, according to a conversation with Bloomberg, Xie says there is still a “big gap between the two sides on the settlement.”

Apple says it purchased the rights to the trademark from Proview for $55,000 back in 2009. Apple claims the company wants it to repurchase the trademark again, only now for millions of dollars more. Proview, which has owned the iPad trademark since 2001, explained the 2009 transaction as taking place between a Proview subsidiary and Apple, and as such the purchase would not count in mainland China.

The case started when Proview demanded $10 million from Apple, claiming the company was using the iPad name illegally in China. Proview attempted to ban stores in China from selling the iPad until Apple coughed up the hefty sum.

A Hong Kong judge sided with Apple in February, saying that Proview was simply a company in financial turmoil, looking to take advantage of the very profitable Apple. Proview’s filed for bankruptcy in August 2010 and has since stopped trading on its stock.

Proview put a win under its belt, however, when Beijing National Copyright Administration deputy director Yan Ziaohong acknowledged Proview as owner of the trademark in China.

We have reached out to Xie Xianghui and will update the post when we hear back.