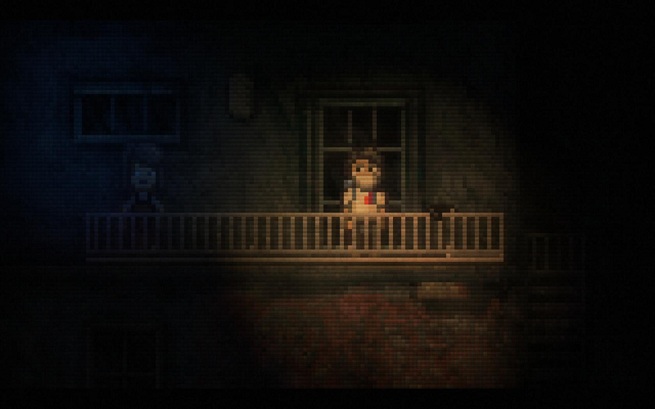 I had just convinced Chie to let me out on her apartment balcony by giving her the Weird Old Doll I found in another room. Chie stood on the left side of the terrace, and I spied a handgun sitting on the rail on the right side. As I stood there overlooking the devastation of the city, my role-playing game instincts kicked in.

Clearly, the trigger would be talking to Chie. I decided to check every pixel of the area and pick up any available items just as I’ve always done. But when I grabbed the weapon, Chie suddenly disappeared. My heart sank and my stomach twisted in knots. Fuck. I couldn’t shake the feeling that I’d just made the wrong choice.

Lone Survivor, an adventure-horror game for PC by Jasper Byrne, is filled with moments like these — seemingly unimportant instances that may or may not force unseen and unknown consequence. I’ll never know whether picking up the gun first was the right decision. I’ll never know what Chie wanted to say. I’ll never know why she was so insistent I give her that doll before she’d let me out on her balcony. I’ll never know my relationship with Chie. She was gone in that moment, and I couldn’t bring her back.

Narrative and surrealism
Before I went out on that balcony, I had just run through horrifyingly dark, dank hallways covered in blood and deformed flesh while dodging “thin man” creatures whose heads moved erratically like the demons that haunted Tim Robbins in Jacob’s Ladder. I entered Chie’s place as if walking into an oasis. 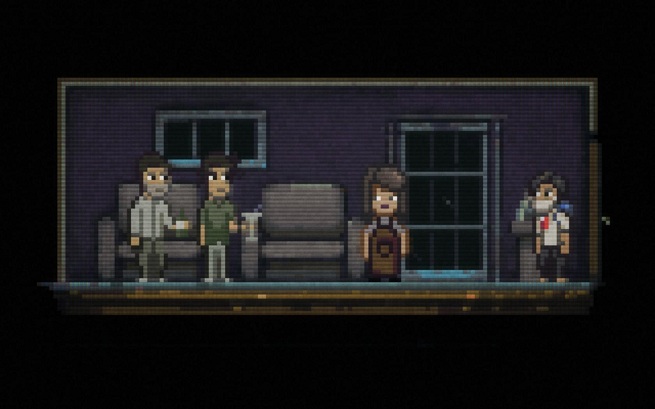 A couple of people were in her apartment, partying hard. I couldn’t believe my eyes. What’s wrong with you? I would ask. Don’t you see the monsters out there? Aren’t you worried about this disease that’s ravaged the world? They just told me to chill out. Have a drink. Groove to the music.

The dichotomy expressed here reveals a playfulness with narrative and meaning. Lone Survivor isn’t the type of game that banks on a literal reading of events. In fact, the surrealism of the whole world demands that I look a little closer and deeper at what’s transpiring in front of me. It’s a wonderful embrace of the mysterious that subtly harkens back to psychological thrillers like Silent Hill.

Chie would inexplicably reappear later on with some other guy, but I never got a chance to find out the answers to any of my burning questions. Instead, I pretended to know the identity of a man whom I would not name, and the duo broke out into a psychedelic dance routine. Oddities like this are quite commonplace in the game, and I’m again encouraged to look for conclusive information to even more inquiries that I may not yet even know I have.

In Lone Survivor, I have two primary resources: bullets for my handgun and batteries for my flashlight. Both seem critically necessary, though, their required application is much lesser than initially expected, which undermines a gameplay trope from survival horror games.

I obviously use bullets to kill hostile creatures. For the most part, I can avoid encounters (and only a few times did I actually have to fire my weapon), but I did find myself shooting at unexpected enemies in moments of sheer terror. When I ran out of ammunition for the first time, something very intriguing happened: Lone Survivor faded to red and acted like I’d just hit “game over.” Like with Chie’s disappearance on the balcony, my heart jumped. 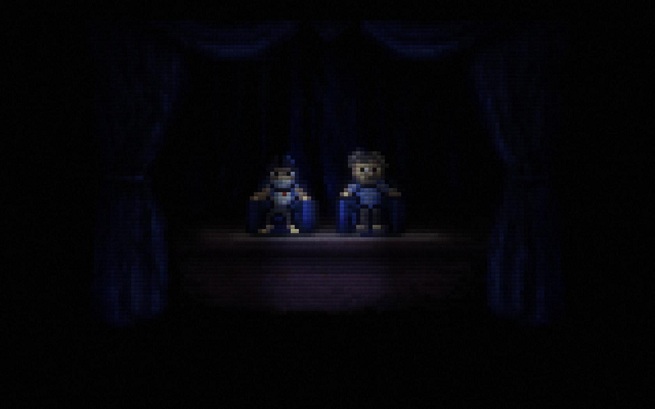 I awoke in a materialization of my subconscious. There, I found myself on a stage with the Seated Figure. He asked me a single taunting question, responded to my answer, and then sent me back to the waking world — this time with some extra shells in my pocket.

Similarly, when I ran out of power for my light (which is necessary to interact with objects and locations in many parts of the game), I again collapsed in a fading-red screen only to be whisked away to a foggy realm where the Man Who Wears A Box stood with his back to me. He likewise inquired about something vague, responded, and threw me back to the wolves with a couple extra batteries.

The neat trick here is that you can revisit these places whenever you need or want to, which means that you don’t ever have to be hurting for firepower or light. Lone Survivor is not dependent on item scarcity to keep tensions high, much unlike genre staples.

But your choices here — and throughout the rest of game — have unknown ramifications.

Narrative and mystery
I recall at one point that both the Seated Figure and the Man Who Wears A Box told me that I hadn’t learned anything. Immediately, I engaged in silent introspection as I thought out what this could mean. Had my past answers to these gentlemen’s questions influenced the course of the narrative? Quite possibly. 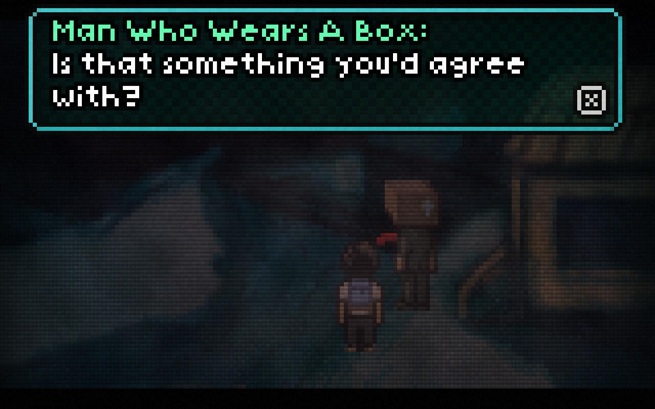 This is not unlike an Eastern European approach to narrative. Tom Bissell, author and game critic, observed that CD Projekt’s The Witcher 2 silently tracked dialogue responses and 4A Games’ Metro 2033 similarly kept note of seemingly inconsequential actions, which later influenced their stories’ progression and endings. And like Bissell, I agree that this method is far more interesting to experience than Western developers’ tendency to use ham-fisted morality systems (see: BioShock, Infamous, or Mass Effect).