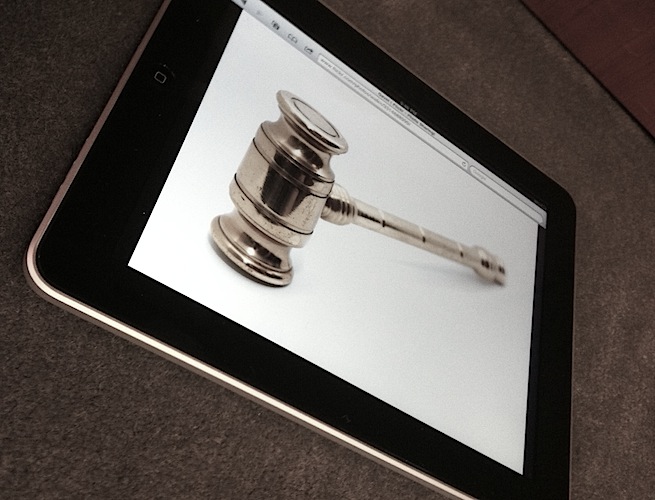 Apple had a small win in the US today when a Santa Clara judge threw out Chinese technology company Proview’s trademark infringement case.

According to the Wall Street Journal, Judge Mark Pierce of the Superior Court of the State of California in Santa Clara threw out the case saying Apple and Proview had agreed to settle legal issues in Hong Kong. Pierce added that Proview had failed to provide evidence that handling the case in China was “unreasonable or unfair.”

Proview sued the iPad creator for $2 billion in the US in February, soon after a Hong Kong judge scolded Proview for being opportunistic. The company filed for bankruptcy in August 2010 and halted the trading of its stock.

Apple says it purchased the iPad trademark from Proview in 2009 for $55,000, prior to the launch of the tablet. Proview says Apple bought the trademark from a subsidiary and does not have rights to the moniker in all of mainland China. The two are currently duking it out in China, where they are being pressured to settle the case. Indeed, Apple offered a settlement to Proview, which was quickly rejected for being too low a sum.

“We feel that the attitude of Apple Inc. has changed. Although they expressed that they were willing to negotiate, they have never taken any action before,” said Proview lawyer Xie Xianghui to China’s Xinhuanet.

Xie later told Bloomberg that the there was still a “big gap” between the two companies’ thinking.

via Wall Street Journal; Gavel image on the iPad via walknboston/Flickr