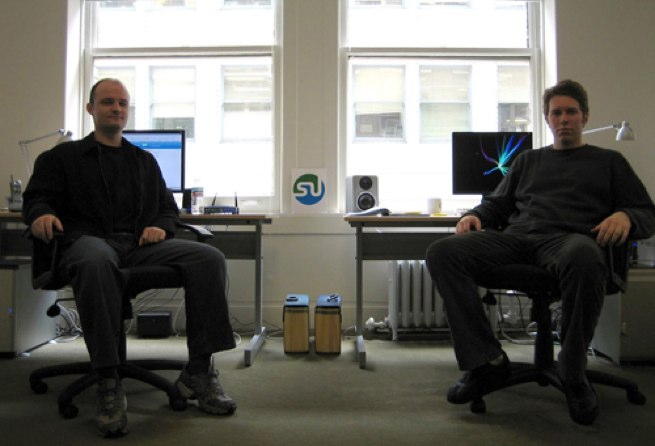 Other than the dedication of its founding team, few things have remained consistent at the click-to-discover, reborn startup StumbleUpon during its tumultuous, 10-year history. But, as frequent change has yet to kill the company, perhaps it can withstand the exit of its founder and CEO Garrett Camp.

Tuesday, Camp (pictured right) announced that he was stepping down from his CEO position and assuming the less demanding role of company chairman.

“I’ve decided to transition from CEO to a new role as Chairman of StumbleUpon, focused on the vision and strategy of the company while also starting a new venture,” Camp said in a blog post.

Under Camp and co-founder Geoff Smith, StumbleUpon thrived in its early days as a social browser utility for content discovery. In 2007, StumbleUpon was acquired by eBay where it nearly faded into oblivion. The founding team swooped back to the rescue in 2009 and the site has experienced a remarkable resurgence, growing from 5 million to 25 million users, ever since.

“The last 3 years have been incredible — completely rebuilding the company and expanding from a simple Firefox add-on to one of the largest discovery platforms on the Web,” Camp wrote.

Camp, also a founder and chairman at private car-for-hire startup Uber, is now retreating to satisfy his product design and strategy whims at a mystery venture, but he’s confident that he’s leaving his adolescent child in “capable hands.”

“A good traveller has no fixed plans and is not intent on arriving,” Camp tweeted Tuesday afternoon, quoting Chinese philosopher Lao Tzu.

StumbleUpon is currently in search of a replacement for Camp.