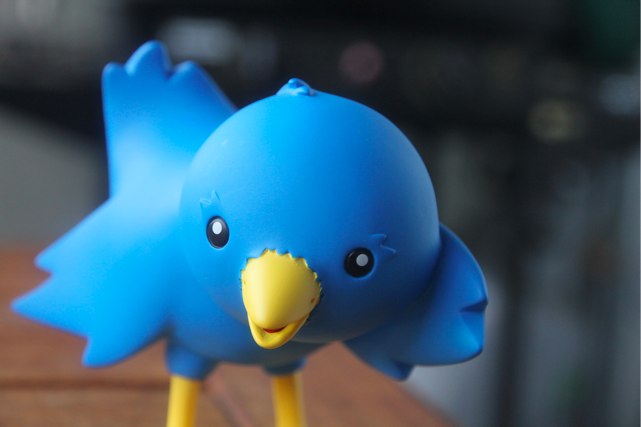 Caught in the middle of political hot-potato case, The People of the State of New York versus Malcolm Harris, Twitter has gone to bat for one of its users.

In a move applauded by the American Civil Liberties Union, the social network filed to quash a subpoena that ordered it to turn over “any and all user information” for Twitter-user Harris between Sept. 15 and Dec. 31, 2011.

“As we said in our brief, ‘Twitter’s Terms of Service make absolutely clear that its users *own* their content.’ Our filing with the court reaffirms our steadfast commitment to defending those rights for our users,” Twitter’s legal counsel Ben Lee said in an email statement to VentureBeat.

Harris, a senior editor at the non-profit news organization The New Inquiry, is a person of interest to the state of New York because of his involvement in an Occupy Wall Street march on the Brooklyn Bridge that led to 700 arrests. The District Attorney is prosecuting Harris for disorderly conduct and served Twitter with an order to produce account information and all tweets for a three month period for the @destructuremal account, the handle that Harris was using at the time.

Monday, Twitter formally responded with a motion to reject the order. “Twitter requests that the Court quash the Order and direct the District Attorney to request a search warrant for the desired records,” the information network said in its filing.

Twitter’s counsel argued that the order violates the Fourth Amendment, which guards citizens against unreasonable search and seizures, and would force the company to break federal law.

Twitter also stated that the order does not comply with the Uniform Act, a stance the information network conveyed to Assistant District Attorney Lee Langston in March. “Pursuant to the Uniform Act, a criminal litigant cannot compel an appearance by, or production of documents from, a California resident without presenting the appropriate certification to the California court, scheduling a hearing and obtaining a California subpoena for production,” Twitter’s legal team said in the email response.

In its motion, the company even argued that, based on Twitter’s terms of service around content ownership (Twitter users own their content), Harris has legal standing to challenge the original subpoena; the court previously ruled that he did not.

“This is a big deal. Law enforcement agencies — both the federal government and state and city entities — are becoming increasingly aggressive in their attempts to obtain information about what people are doing on the Internet,” ACLU senior staff attorney Aden Fine said in a statement.

“[The Internet] is, in some ways, the ultimate embodiment of the First Amendment. But one potential problem for free speech on the Internet is that, for almost all of us, we need to rely on Internet companies. And while the government is bound by the First Amendment, the First Amendment may not always prevent private companies from restricting our free speech rights,” Fine said. “That is why it is so important that the public — and other companies — know when a company actually stands up for its users’ rights. Twitter did so here, and Twitter should be applauded for that.”

Harris, for his part, celebrated Twitter’s motion to quash with a few tweets. “I’m thinking this bodes well for my request currently in to Twitter PR to borrow one of their giant blue birds and ride it into court,” he tweeted Tuesday.