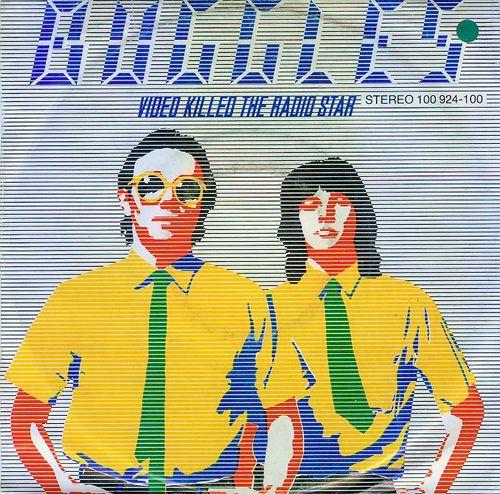 While everyone is trying to predict which video sharing app will be the true “Instagram for video,” the massive surge in popularity for video apps could also become a problem for the online video mainstay YouTube.

As consumers move towards mobile video apps like Viddy and Socialcam for viewing and sharing content, their time spent on YouTube seems to be decreasing, according to the latest report from the mobile analytics firm Flurry.

“While it cannot be concluded that mobile video apps are cannibalizing YouTube, the shift in time spent between these two platforms appears to be a signal of disruption,” writes Flurry marketing VP Peter Farago. “Think of it this way: With every mobile video you share of friends, family, vacations, parties and weddings, you are likely loading another bullet in the chamber for Web 3.0.”

Now that smartphones can shoot video in crystal clear 1080p HD, and 4G networks make it relatively painless to share and view large video files, it makes sense for online video watching habits to change. It’s still too early to tell how much of an impact apps like Viddy and SocialCam are having, but it definitely seems like we’re at a significant breaking point.

Flurry, not surprisingly, found that photo and video apps were among the fastest growing between October and March, jumping 89 percent in time spent per active user. Music apps were second-place with a 72 percent increase, and productivity apps saw a 66 percent jump. Time spent in photo and video apps has grown steadily over the past nine months, going from just 87 minutes a month last July to 231 minutes in March 2012.

Google could certainly turn around and come up with a compelling way to reposition YouTube to better compete against the likes of Viddy. But the company has its fingers in many pots at this point, and it’s going to be tough for the search giant to compete with nimble startups. Viddy, for example, is growing like crazy thanks to plenty of buzz and celebrity support, and it’s reportedly valued around $300 million. 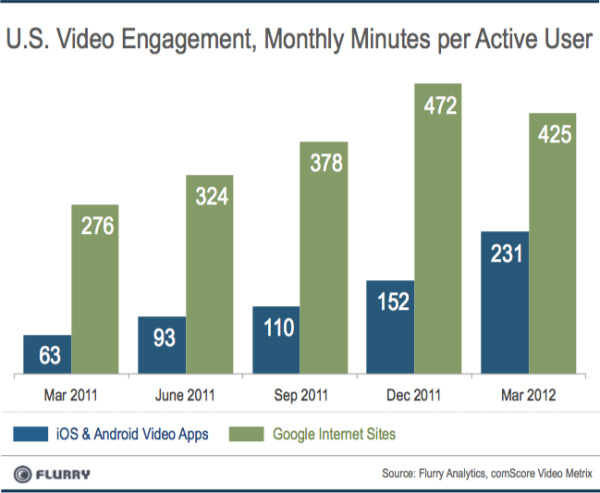