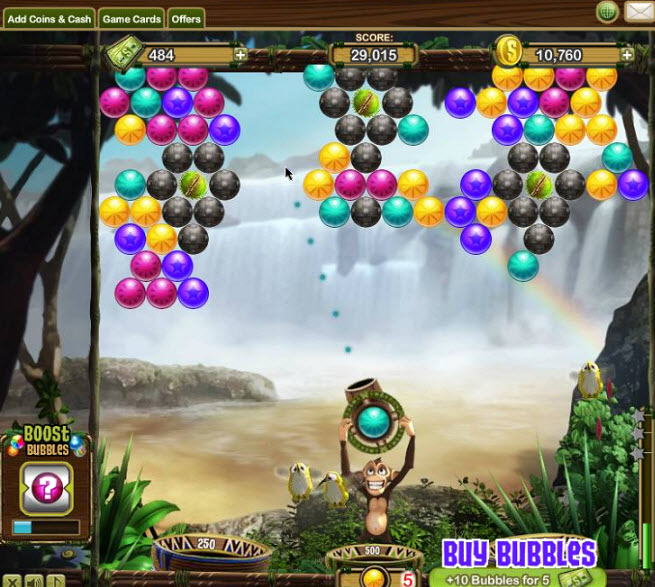 Zynga is moving into new territory in social games today as it launches Bubble Safari for Facebook. The game is a “match-three bubble shooter” game where you play a monkey who shoots bubbles at fruit, with the goal of hitting at least three of the same color.

The title shows that Zynga is changing with the Facebook audience. The game has a fast-action arcade style that has much quicker animation speed (60 frames per second) than most social networking games. It is the kind of quick experience that is unlike many of the turn-based, slow-paced fare such as FarmVille that Zynga has dominated with in the past.

The title is the first from Zynga’s studio in San Diego, Calif., and it is the first spearheaded by Mark Turmell, an arcade industry veteran and creator of Electronic Arts’ NBA Jam. He joined Zynga last summer and led a team who worked on Bubble Safari for a while.

“We were focused on performance and a brand new engine,” Turmell said in an interview with GamesBeat. “And that takes time. I don’t think there is another 60-frame-per-second game you’ll find on Facebook. This is a straight-up arcade experience.”

The funny part is that the game mechanics that used to be popular in arcade machines are becoming popular again on Facebook. King.com and Wooga have shown that with their recent releases that have grabbed big audiences on the social network. Zynga dominates Facebook gaming with more than 267.8 million monthly active users. But it is constantly launching new games to expand to new audiences.

“We’re super-excited to bring new experiences to our users,” Turmell said. “We think the audience is splintering and growing at the same time.”

In the game, you play a monkey who has dropped out of the space program. Poachers come to his jungle and take his girlfriend and other friends. Your job is to get your friends back by shooting fruit at the trees above or as the game’s trailer says, “pound the rack with coconuts.” Bubble Safari has 65 levels and more are on the way. The game is full of intricacies. You have to avoid hazards such as beehives and watch out for “spawners” that will make your aiming more difficult. If your shooting dislodges fruit three times in a row, you are on a roll and can use “on fire mode,” where you can blast away using explosive bubbles that clear away hazards.

The game joins Zynga Slingo as an entry into the arcade genre, and it will be the first Zynga game to debut at the same time on Facebook and Zynga.com. Bubble Safari will be available in 14 languages. 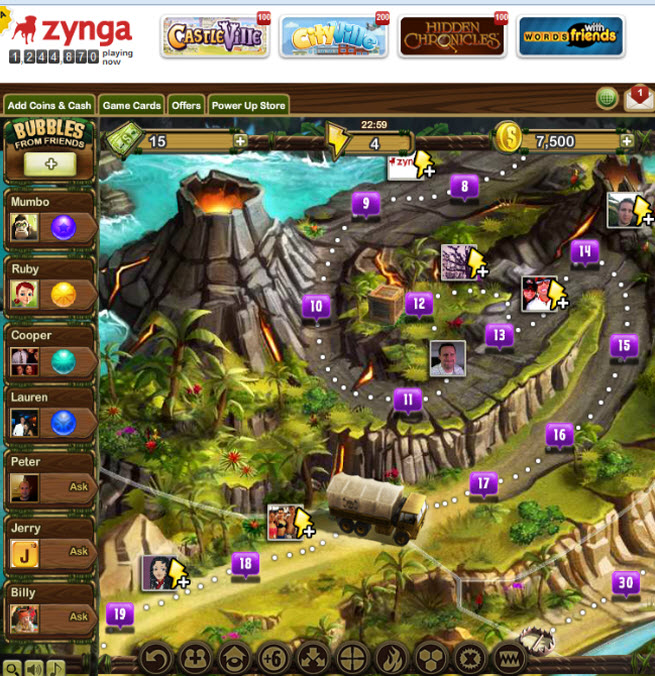 As you can see from the map above, you have to move through the levels of the game and liberate your Facebook friends who have been captured. You can play the game socially by sharing a fruit. You can take a fruit offering from your friend and shoot it. Then the fruit returns to your friend, who shoots it. The more you use it, the more powerful the fruit becomes in knocking out bubbles in the tree. You can bounce fruit off the walls to get ricochet shots. When you fill up a boost meter, you can fire a more powerful shot.

While hundreds of other bubble shooters exist on the web and dozens exist on Facebook, Turmell believes his game has unique gameplay and is more social.

Users can play the game for free. But they will run out of energy and will have to wait for it to be replenished before playing again. Players can purchase Facebook Credits with real money to spend on more energy and other power-ups in the game.

“It’s nice to see arcade games come full circle,” Turmell said. “NBA Jam came out in 1993, and it collected $1 billion a quarter at a time. The whole concept of inexpensive games, like today’s free-to-play games, taught us principles that are useful to us today. The barrier to entry is low, and you use power-ups to advance in the game.” 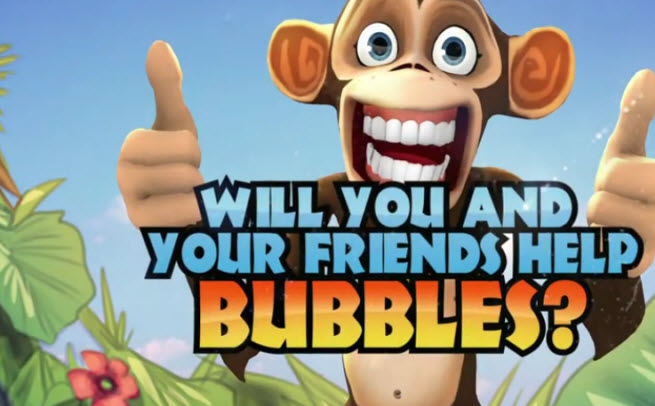