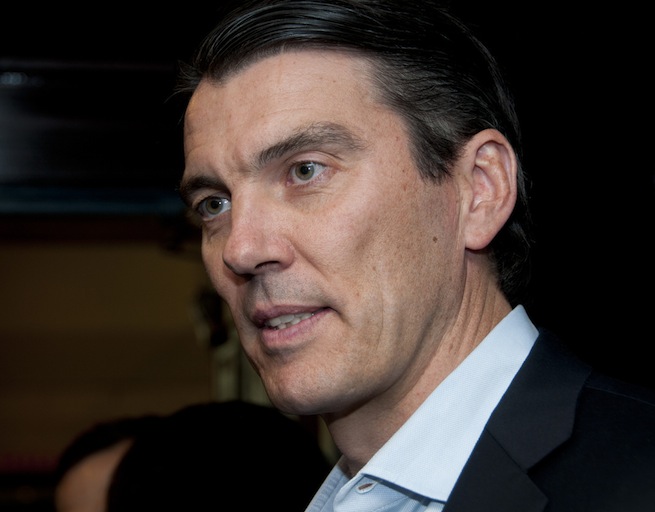 In response to recent rumors, AOL chief executive Tim Armstrong said his company has no plans to sell some of its largest tech news properties, including TechCrunch and Engadget.

Both properties were said to be part of a package of tech media publications that AOL was trying to sell for $70 million to $100 million, according to a PandoDaily report published yesterday. The package was also said to include smaller tech-related properties like TUAW and Joystiq. Pando, whose staff is composed of many former TechCrunch employees, allegedly has two sources confirming the news.

“We are planning to invest in those properties, not sell those properties,” Armstrong said today in an interview with Ad Age. He also said that the extent of discussions with outside entities (a.k.a. would-be buyers) involved partnerships to boost its investments, not terms of a sale.

Despite Armstrong’s statements, it wouldn’t be unheard of for AOL to decide that selling its tech-news properties was the best strategy for the future success of its media business.

AOL reported a four percent loss in traffic across all its properties for Q1 2012 (something that it has been experiencing for the last several quarters) and, more importantly, a five percent decline in domestic advertising. Based on the last year, the company may have identified its tech/gaming properties as the reason for these poor results.

Part of how the company justified spending around $30 million for TechCrunch in 2010 was that it would ensure healthy audience growth as well as advertising growth. That obviously isn’t happening. (Of course, you could make the argument that AOL’s audience decline could be much higher if not for TechCrunch, too.) AOL has also had massive talent departures coming from both TechCrunch and Engadget, resulting in higher competition from publications composed of those former employees. Essentially, AOL isn’t getting the return on these tech properties that it originally anticipated.

That said, it could be much easier for AOL to make money on properties focusing on parenting, celebrities, and politics. And if AOL can manage to unload all its tech properties for $100 million, it could be a winning strategy.

[Disclosure: TechCrunch and Engadget are direct competitors of VentureBeat.]