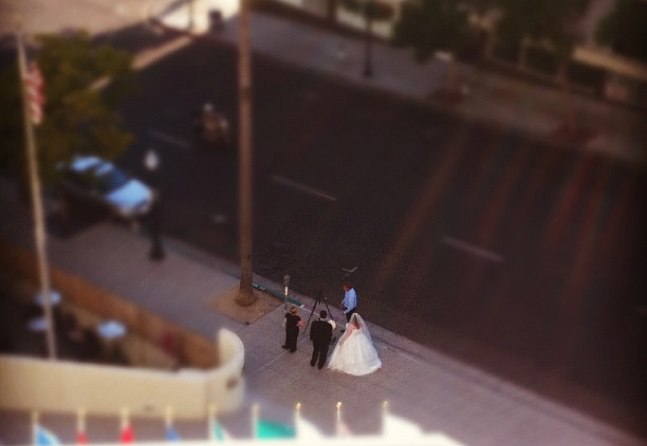 Five weeks after arriving on Android, Instagram has finally given app users on its second platform access to one of the application’s most compelling features: Tilt-Shift.

Instagram for Android was updated Tuesday night with the Tilt-Shift effect, which fakes a shallow depth of field effect, throwing the foreground and background out of focus. The popular focus-shifting feature, a favorite with Instagram members on iPhone, was the most obvious missing element from the initial Android release. 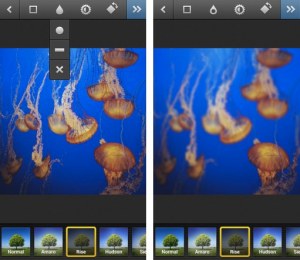 “By adding a realistic blur to the setting around a focal point, you can emphasize the heart of your photos and even make some scenes look miniature,” Instagram explained in a blog post. Instagram iPhoneographers have been using the effect for more than a year.

Instagram, launched in Oct. 2010 on the App Store, is a quick and fun way to make a photo look more interesting than it really is with retro color-filters, bumped up contrast, and square crops. The small company experienced a 17-month fairy-tale ride before debuting on Android and then getting snatched up by Facebook for $1 billion. Today, according to third-party estimates, Instagram has racked up more than 50 million users across both iOS and Android.

As the property of Facebook, thanks to the crafty negotiation tactics of co-founder Kevin Systrom, Instagram is the soon-to-IPO social network’s ticket to mobile stardom. As Facebook makes it way to the public market, the Tilt-Shift addition brings parity between users on Android and iPhone, which may help would-be investors view Facebook’s mobile strategy as less of a risk.