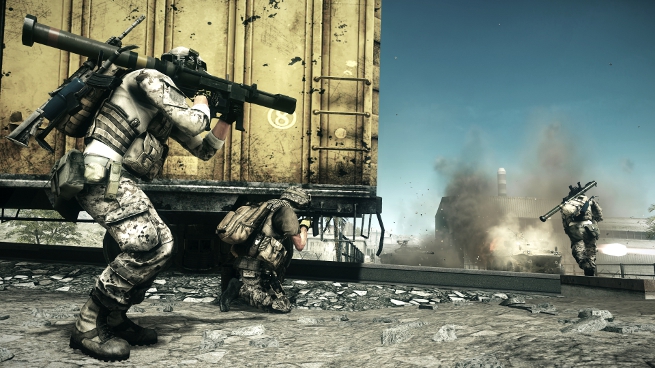 [Update: Electronic Arts has now provided GamesBeat with an official comment on this issue:

“DICE is not shutting down servers. If DICE-managed servers appear unavailable, it is because they have been rented and customized by players. DICE will continue to add servers and will reserve a percentage of servers for players who prefer to connect through DICE-hosted servers.

As with any new innovation, there may be some confusion among players who are experiencing Custom Servers for the first time.  We encourage players to use server filters and “favorite” options to find the servers that best suit their play style. We have enormous respect for the Battlefield community and are listening to the feedback.  It is our #1 priority to ensure all players are having the best possible play experience.”

We have requested further clarification from EA about the addition of DICE-hosted servers and are awaiting a response.]

Console gamers are reporting that the official DICE servers for Battlefield 3 multiplayer have been completely withdrawn, with the game now largely playable only on private rented servers.

Publisher Electronic Arts and developer DICE recently made the bold move of introducing a server-rental scheme to console versions of Battlefield 3. At $30 for 30 days, these servers don’t come cheap, but this hasn’t stopped the Battlefield community from signing up in droves.

Initially there were plenty of official DICE and EA servers running concurrently with the new private servers. Over the past week, however, console players have noticed the official servers disappearing, to the point where DICE-managed servers are no longer visible on either PlayStation 3 or Xbox 360.

Running a search on the PS3 version of Battlefield 3 this morning — by looking for the prefix P24 and the letters PRGM — I managed to track down just 17 EA-run servers. I could not find a single official DICE server. Compare this to the hundreds of private servers that were up and running, with names such as “Heaven & Hell,” “Guerilla_hilbily’S SERVER” [sic], and “Just 4 Fun 24/7” — most of which were completely empty. Anything with the word DICE in the title was simply a rented server with the official name dropped in by the host.

Of the 17 EA public servers that I did find, eight were running Rush mode, while the remainder were hosting Team Deathmatch, Squad Deathmatch, or Squad Rush games. I could not find any official servers hosting a round of Conquest, the traditional mainstay of the Battlefield franchise. 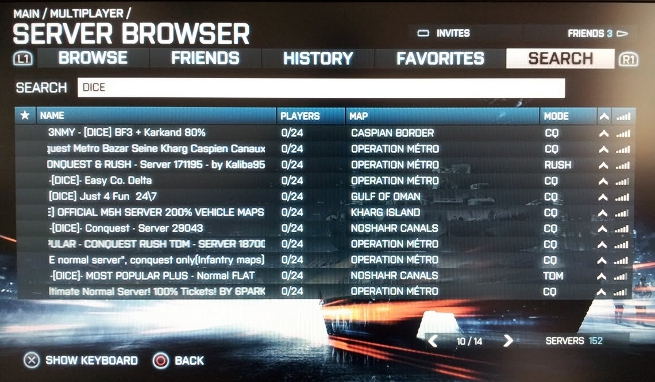 Battlefield 3 players are, perhaps understandably, up in arms about what appears to be a lack of official support for the game. Participating in an AMA (ask me anything) with DICE community manager Daniel Matros, Reddit user hilkito said: “I haven’t played in over two weeks because of it; abusive admins and 2000% ticket servers are everywhere and I can’t seem to find a normal server with vanilla BF3. I thought Rent-a-server was not going to affect my habits of gaming, but it seems I was wrong.”

Fellow poster ohtobiasyoublowhard also raised concerns about EA’s reliance on paid-for servers: “I’m looking for official DICE/EA servers on the Xbox 360. There are none. You took that out, and let kids pay for your hosting.”

Matros responded to this issue in the AMA. While all of his comments are no longer visible in the original thread, they have been archived elsewhere on Reddit. “There is only so much physical space and digital space where you can have servers. The community requested [a rental program] and we delivered,” wrote Matros. When asked whether the removal of DICE servers was permanent, he replied: “Everything in the wonderful world of Battlefield is dynamic :)”

Matros went on to say, “I’ve heard this for a while now and the feedback has gotten louder. This is definitely something I will raise when I get back into the studio tomorrow.” 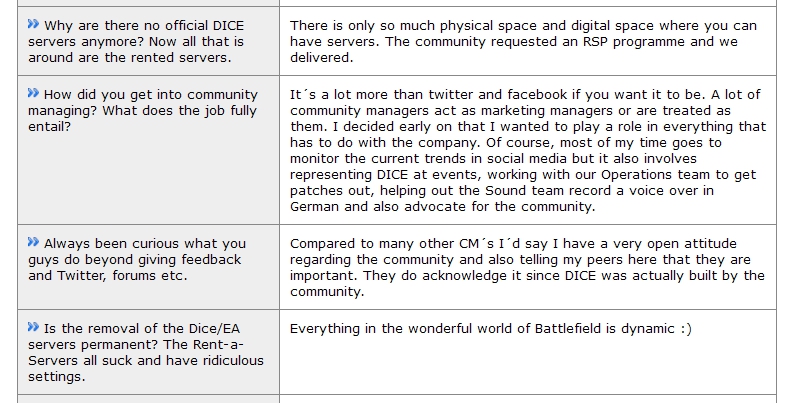 By implementing the rent-a-server scheme, then withdrawing nearly all official servers, it is looking very much like EA has handed control of Battlefield 3 over to the community. This comes at a price though, both financially and in terms of gameplay. While private servers are flexible, they are open to abuse, and reports abound of players being kicked, or banned, en masse for simply outplaying their hosts.

Some BF3 users now claim they are renting servers simply to recreate the kind of experience they were having previously on Battlefield 3, featuring regular length rounds and a balanced range of maps. With EA seemingly no longer providing such a service, the community is having to pay for this privilege from its own pocket.

This is not the first time that Battlefield 3 has run into trouble. Teething problems at launch led to lengthy downtime for the multiplayer portion of the game. In January, there were also prolonged connection issues, and it took over 100 days to implement a fix for broken voice chat in the PS3 version of the game.

Whether the current situation will continue is unclear. The @Battlefield Twitter support account has been inundated with questions about the lack of DICE servers, and the response when questioned about the issue has been, “It has been noted and sent to the devs.”

GamesBeat has reached out to EA for comment on this issue and is awaiting a response.