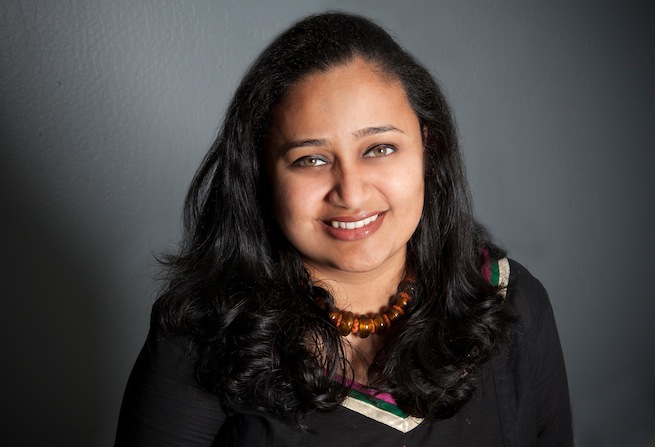 Spend two minutes on Facebook and you’ll see how targeted ads work — they pick up on the links you click on and search terms you use to serve you relevant ads. Search for breakup songs in Google? You’ll probably get an ad for ice cream on Facebook. Mobile ads aren’t as sophisticated, which is something a young startup called Drawbridge is hoping to change.

Drawbridge has just exited stealth mode, and it announced a first-round $6.5 million investment today. The company wants to make mobile ads as sophisticated and targeted as their desktop counterparts.

The company hails from ex-Googler and first female engineer at AdMob Kamakshi Sivaramakrishnan. While my eyes tend to glaze over at the mention of a new advertising company, Sivaramakrishnan may be on to something with her idea to improve mobile ads. As more and more people are becoming glued to their iPhones, advertisers can’t afford to miss out on those eyeballs.

“Today, targeting in mobile display advertising is more about the device than the audience behind it,” said Sivaramakrishnan in a statement. “Consumers now have multiple touch points across various screens. The Drawbridge platform makes it possible to understand behavior on any device and use those insights to effectively reach mobile audiences.”

Drawbridge isn’t alone in its quest to cash in on mobile ads. InMobi offers targeted mobile ad services, Samsung is planning to launch its own ad network, Apple has iAd, and Google’s got its head in the mobile ad game. Sivaramakrishnan is relying on her ad technology to rival competitors, a tactic that’s grabbed the attention of big-name investors.

Prominent firms Kleiner Perkins Caufield & Byers and Sequoia Capital led the round. The two-year old company will use the money to launch its first ad services.