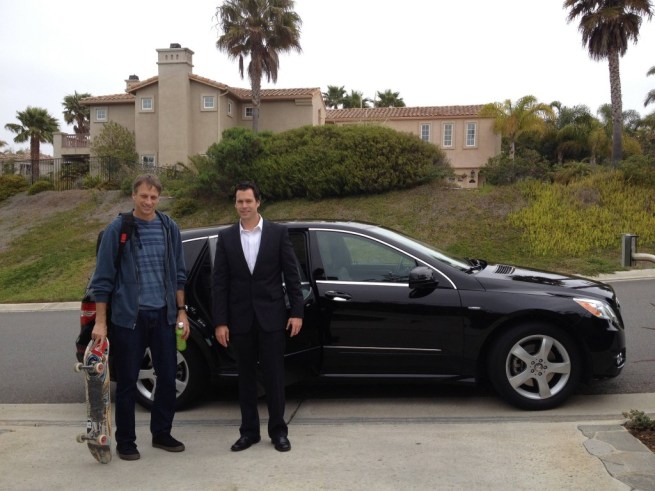 Professional skateboarder Tony Hawk rides in style in more ways than one. Today, the celebrity became the first person in San Diego to commission and enjoy an Uber ride.

Uber is the San Francisco-based startup that offers those who like to ride in style and avoid the hassle of hailing a cab a mobile way to book, track, and pay for on-demand car service. With the San Diego launch, the service is now live in 10 cities including San Francisco, Boston, and Los Angeles.

But don’t get too worked up, San Diegans. The trendy, on-demand car service is referring to today’s debut as a “soft launch,” and will only be servicing some parts of the downtown area as it ramps up for a full launch.

“We’re targeting the downtown area to start with five to 10-minute pickup times and will expand coverage rapidly leading to our official launch next month,” Uber general manager Ryan Graves told VentureBeat. “Early on, it’s all about matching the number of cars to the amount of demand so we’ll scale it up as is necessary.”

Uber will be experimenting with pricing, fleet, and placement for San Diego over the next few weeks, the company said in a blog post. The company, which faces competition from taxi dispatch services such as Taxi Magic, has raised more than $44 million in funding to date.