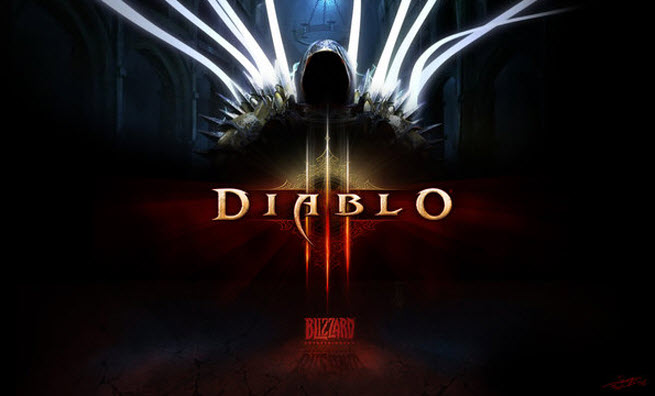 The rivalry between Activision Blizzard and Electronic Arts came into focus this week as both companies reported their quarterly results, revealing their latest thinking on strategic priorities and the differences in their execution. It brings to mind a topic I hear most game companies talking about these days: focused energy.

Even as game companies experiment with new ideas, platforms, and business models, they tend to do best if they focus their energy on a limited set of games that they can execute on. This is a simple strategy but one that’s hard to execute. For the biggest companies in the industry, it is exceedingly hard to be focused. The quarterly results from Activision Blizzard and EA showed us the difference between a company that says it’s becoming more focused and a company that’s actually doing it.

This round of the competition goes to Activision Blizzard. 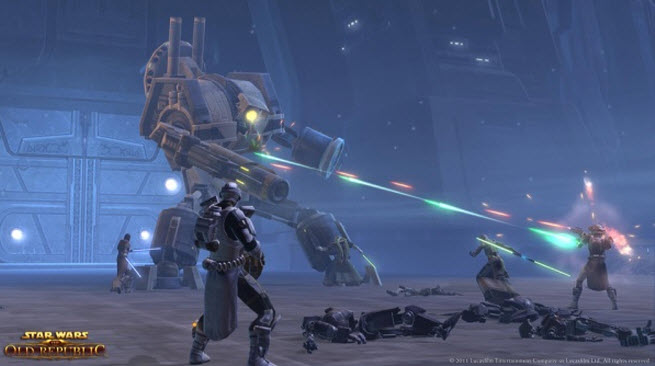 The lightsaber vs. the battle ax

EA’s investors appear to be very focused on Star Wars: the Old Republic. In the making for six years, this game was supposed to knock Activision Blizzard’s crown jewel, World of Warcraft, off its perch. But in the past quarter, World of Warcraft held onto its subscriber base of 10.2 million users at a time when it faced multiple competitive threats.

By contrast Star Wars: The Old Republic went from 1.7 million subscribers in December to 1.3 million, a 400,000 user drop. John Riccitiello, chief executive of EA, said the game is profitable and is matching the expectations the company had. But investors seemed disappointed. They evidently thought the drop in users was too sudden so shortly after the game launched, and they expected it to do some real damage to World of Warcraft.

If EA’s stock price fell for that reason alone, it would be a little unfair. After all, Riccitiello said the game counts as one of its top 10 game investments and intellectual properties, more important than Tiger Woods PGA Golf. But it is not one of the top five, like Battlefield, Madden, FIFA, Medal of Honor, or The Sims, he said.

But it’s hard to be sympathetic to EA, which acknowledged that one major game had slipped out of the current quarter due to a shift in EA’s research and development priorities. EA is making far fewer games for retail stores than it used to. That means each one is becoming more important. And when one game slips by a quarter, it’s easier to notice. Analysts aren’t quite sure which title fell behind. Michael Pachter of Wedbush Securities said that BioWare has likely fallen behind on Dragon Age III, while Arvind Bhatia of Sterne Agee said the delayed game was probably Overstrike. EA wouldn’t say.

Blizzard didn’t delay any major games and said it is still working on StarCraft: Heart of the Swarm, and its Diablo III title — in the works for nine years — is debuting on May 15. Diablo III has higher preorders than any of Blizzard’s past games. Activision Blizzard is also releasing Battleship on May 15, and it has slated The Amazing Spider-Man for June 26. The second calendar quarter is going to be a big one for Activision Blizzard, but EA has only one retail title and 10 digital titles coming.

That’s the way development goes sometimes. But it’s another reason EA came out on the short end with investors.

Activision Blizzard did acknowledge a little bit of pain. It says Call of Duty revenues this quarter were lower than they were a year ago. It said that was because the map pack revenue from a year ago is accounted for immediately, while the Call of Duty Elite revenue (for the gamer social network launched last fall) comes in the form of subscription revenue and is spread out over multiple quarters. But Modern Warfare 3’s sales were roughly flat with sales of Call of Duty: Black Ops, the game that launched in 2010. In other words, EA stopped Activision Blizzard from growing the Call of Duty audience this year. That’s a big achievement.

This year, EA is doubling down on more Battlefield 3 map packs than it has previously done, and it is also launching a new Medal of Honor game. Activision Blizzard recently took the wraps off Call of Duty: Black Ops II. The game takes the series in a new direction — into the future filled with robots and drone combat — in an attempt to ward off any fatigue with the subject matter. At first look, Black Ops II appears to be a much more innovative game than the new Medal of Honor. But both look like they’re worth playing.

It remains to be seen who will win this slugfest in the shooter market, but Activision Blizzard still has a lot of advantages, not the least of which is Call of Duty Elite, the gamer social network for hardcore combat fans. That service is gaining subscribers, and it will be harder for EA to pry them away.

Just how focused do you have to be?

It still feels like EA is spread out in many directions, at least compared to Activision Blizzard. But on a relative scale, EA has been tightening its focus. In fiscal year 2009, it had 67 separate game releases for sale at retail. In fiscal 2012, it released 25 major games that were also generating ongoing service revenues.

EA has said it has a simple strategy of focusing on “brands, platforms, and talent.” But somewhere in that messaging, investors are getting spooked. They evidently feel there’s too much wiggle room for EA to be unfocused and to fail at execution. Peter Moore, the No. 2 executive at EA, said the emphasis on a diverse range of platforms — both physical retail and digital online — reduces EA’s dependence on any one platform.

Moore and Riccitiello dangled a tantalizing promise in front of investors. They suggested that by spreading out onto new digital platforms, EA won’t be as dependent on the console makers. Historically, EA’s earnings plummet in a console transition as gamers hold off on investing in new game libraries until the transition is complete. But EA’s executives say they may not see the dip this time around, as the social, mobile, and online web games aren’t so cyclical. The cost for this cushion hasn’t bee light; EA paid $400 million for Playfish in 2009 and $750 million-plus for PopCap last year.

Activision Blizzard isn’t nearly as aggressive in embracing all of the digital platforms. It did recently launch its Skylanders Cloud Patrol iOS game and an iOS app for Call of Duty Elite, but those are small efforts compare to EA’s investment in mobile games. But then, Activision Blizzard doesn’t have to be as aggressive. It has World of Warcraft, a profit-generating machine. That won’t always be the case; but for now, it allows Activision Blizzard to be more focused when it comes to digital experiments.

And when it comes to launching brand-new intellectual properties, Activision Blizzard just knocked one out of the park. The company saw a big opportunity in its hybrid toy-game title, Skylanders: Spyro’s Adventure, and it sold more than 30 million toys and generated more than $100 million in revenues. That showed that, while Activision Blizzard depends on World of Warcraft and Call of Duty,  it’s still capable of branching out and creating a new franchise.

Which competitor do you care about?

EA said this week that it will launch a major social game from its Maxis division. That game is targeted at blunting the success of Zynga, the social game giant that has grown from upstart to a genuine threat to the industry giants. Activision Blizzard doesn’t seem to care about this space. It has made a small investment in mobile but, again, considers World of Warcraft to be a great insurance policy against digital upstarts. EA is in much more of a fighting mood when it comes to Zynga.

But on this front, Riccitiello acknowledged that Zynga has lapped EA a few times. Can EA win against both Activision Blizzard and Zynga? That’s a tall order.

Investors aren’t quite satisfied with the status quo on EA’s strategy. They’re valuing EA at 1999 levels — around $4.6 billion. That’s takeover target valuation. Meanwhile, Activision Blizzard is valued at more than $13 billion. Nobody is going to be buying them soon, unless Facebook or Google decide they need to become entertainment companies.

I’m not taking sides in this particular grudge match. But it is one of the most interesting competitive matches you’ll find in any market.